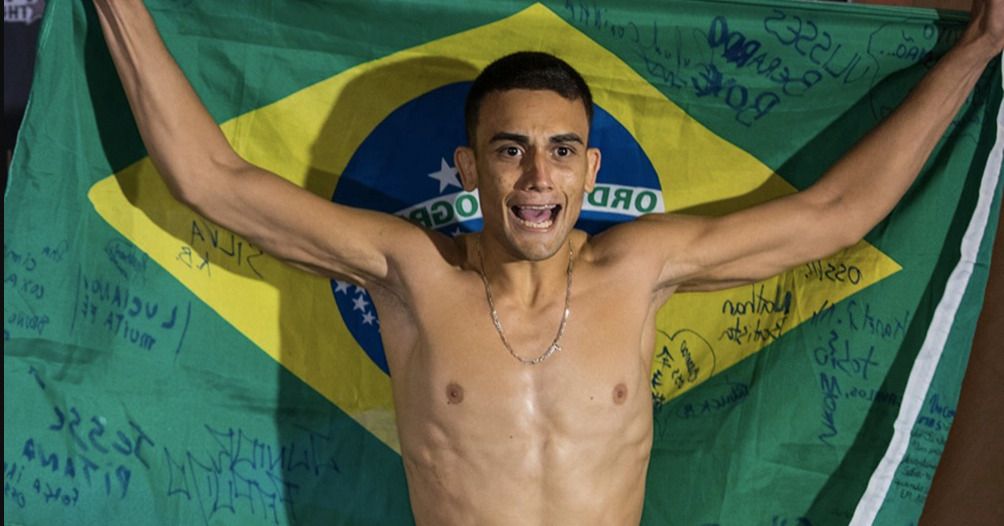 Rafael Barbosa was set to face Jonas Bilharinho for the LFA featherweight championship on March 11 in Rio de Janeiro, Brazil. Then, he announced on social media his removal from the card after pre-fight exams detected two brain aneurysms.

One week after the diagnosis from an MRI and MRA of his brain, Barbosa said he’ll do further testing and then schedule brain surgery for April. He told MMA Fighting he was “feeling great, the best shape of my life, and receiving such news was very sad for me.”

It remains to be seen whether Barbosa will be cleared to resume his MMA career after the surgery.

“What I want the most is to recover and go back to [LFA] and work,” he said. I fight with myself daily. It’s something I enjoy. It’s not for me to make a living, it’s because I love what I do. Some days are better than others. Every day I kill a Lion and it’s strengthening me .”

Caio Portella, a member of the Brazilian MMA Athletic Commission, said that such brain exams are required by all athletes scheduled to compete in MMA promotions regulated by CABMMA in Brazil, and they can save a fighter’s life. Portella stated that not all athletic commissions in America require these tests and that it is important that fighters take them .”

“Pulling him from the card wasn’t the most important since sometimes the impact to the head is harder in the gym than in the actual fight,” Portella said. “That’s why it’s so important that fighters do the exams.

“Most of the time, fighters look at these exams on a negative aspect, how much it costs, but the Brazilian commission has diagnosed several cases of aneurysm and other brain and eye issues, and also diseases like hepatitis.”