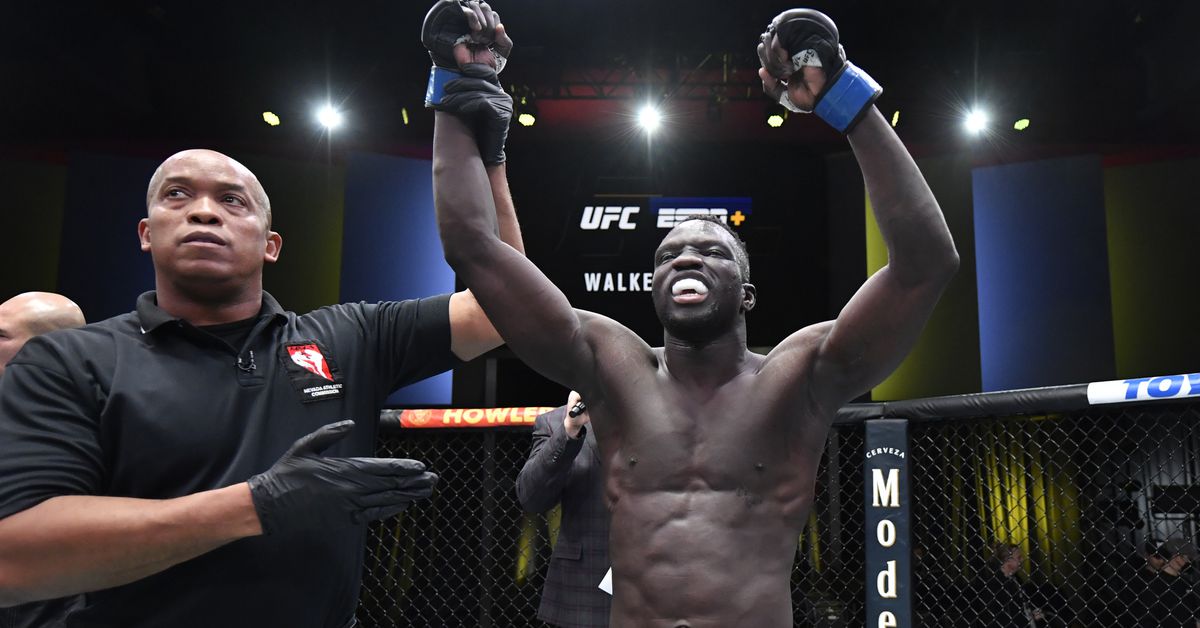 Nate Landwehr has a new opponent for his scheduled return to the octagon at the end of the month.

Multiple people with knowledge of the promotion’s plans confirmed to MMA Fighting that Landwehr will now face David Onama at UFC Columbus. The event takes place March 26 at Nationwide Arena and streams on ESPN+. The booking was first made public by Iridium Sports Agency via social media.

Lerone Murphy — who was Landwehr’s original opponent — was forced to withdraw from the bout for undisclosed reasons.

Onama plans to continue the momentum of the UFC Vegas 48, victory he scored in the first round against Gabriel Benitez. This earned him the Performance of the Night bonus and the Silent Assassin title. Glory MMA’s standout attracted attention with his quick notice octagon debut in the fight against Mason Jones. He moved up to lightweight, where he lost a close contest.

Landwehr is entering the fight on the heels of Ludovit’s submission in an anaconda choke at UFC Vegas 40 last October.