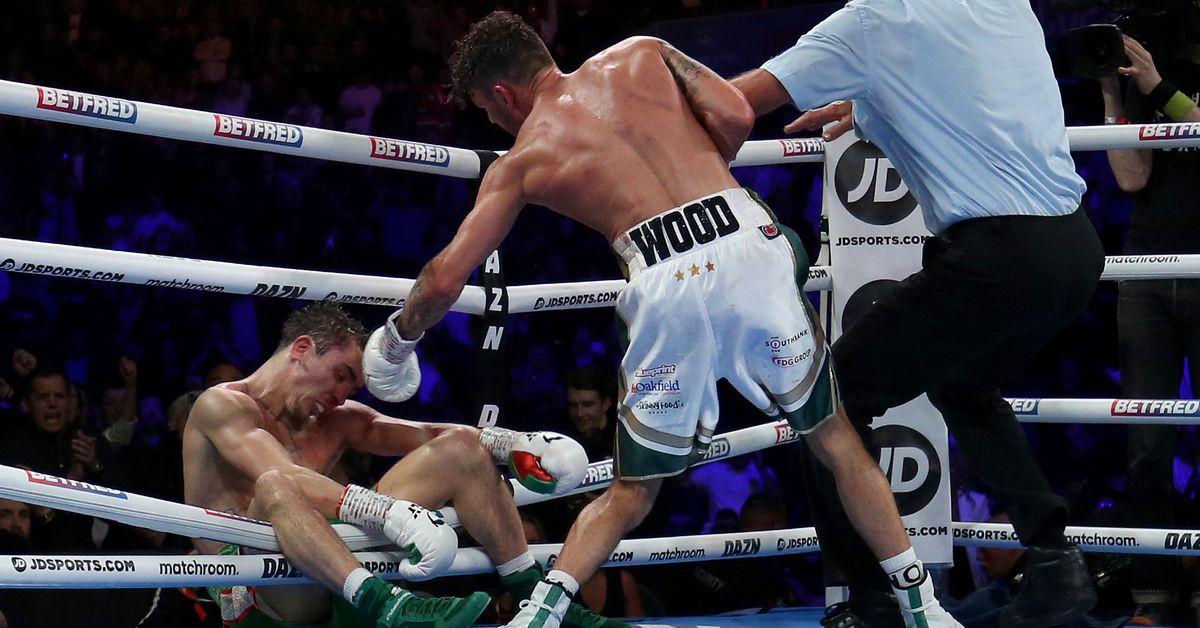 Michael Conlan has suffered his first professional defeat — and it happened in devastating fashion.

Conlan, the 2012 Olympic Bronze medalist boxer, challenged WBA champion Leigh Wood for the featherweight title in Nottinghan, England this Saturday. Conlan was a slight favorite heading into the bout at -170, and looked good early, dropping Wood in the first round. Wood was able to battle back, dropping Conlan in the 11th round, before knocking him out and through the ropes in the final round to retain his featherweight title.

You can see the complete highlights below from DAZN Boxing.

Ringside footage of Leigh Wood’s KO of Michael Conlan shows it was in fact a punch that ended it … What a fight, credit to both men, fight of the year so far for me.

Update on Michael Conlan..conscious and stable, sitting up and talking and await CT scans

The scary finish marked the first loss of Conlan’s 16-1 pro boxing career, while Wood retained his WBA featherweight title and moved to 26-2 as a professional.