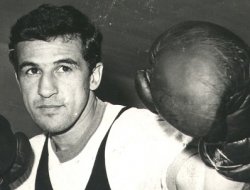 Today in Sao Paulo (Brazil), at the age of 87, the legendary Brazilian boxer Eder Jofre passed away.

Jofre represented Brazil at the 1956 Olympics and competed professionally from 1957-1976.

In November 1960, he won the vacant world title in the bantamweight division, and in 1973 he became the champion in the featherweight category.

Eder ended his career with an outstanding record of 72-2-4, 50 KOs. It is noteworthy that he suffered both defeats (on points) from the Japanese Masahiko Harada.

In 1992, Jofre was inducted into the International Boxing Hall of Fame.