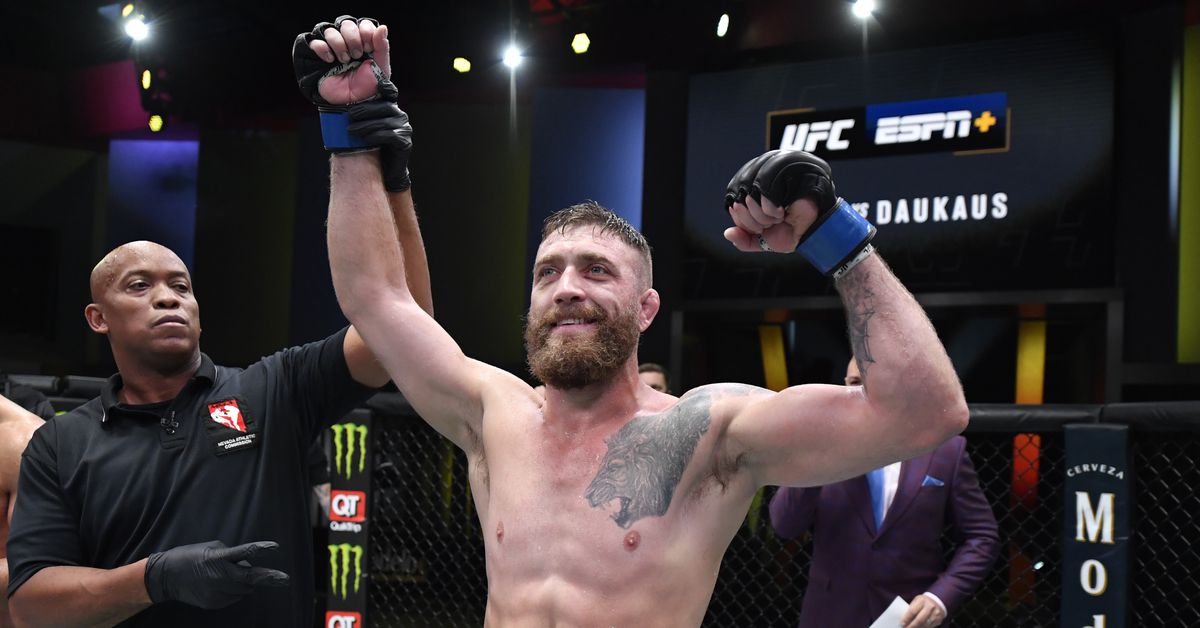 A battle between middleweights with a combined 76 professional bouts is being targeted for April.

Multiple people who were aware of the plans for the promotion confirmed that a matchup with Gerald Meerschaert against Krzysztof Jonko was added to UFC APEX’s April 30 in Las Vegas. MMA Junkie first reported the booking.

After a tough 2020 capped off by a 17-second KO loss to Khamzat Chimaev, Meerschaert bounced back in a big way in 2021. “GM3” went 3-0 this past year, picking up submission wins over Dustin Stoltzfus, Makhmud Muradov and Bartosz Fabinski. The 34-year-old has the most submission wins in UFC history with eight.

Jotko enters the bout a winner in four of his past five, including a split decision win over Misha Cirkunov in his most recent appearance at UFC Vegas 38 this past October. The 32-year-old also earned decision wins over Eryk Anders, Marc-Andre Barriault and Alen Amedovski before dropping his first fight in over two years to Sean Strickland this past May.

As it stands now, there is no official announcement for the UFC’s April 30 main event.