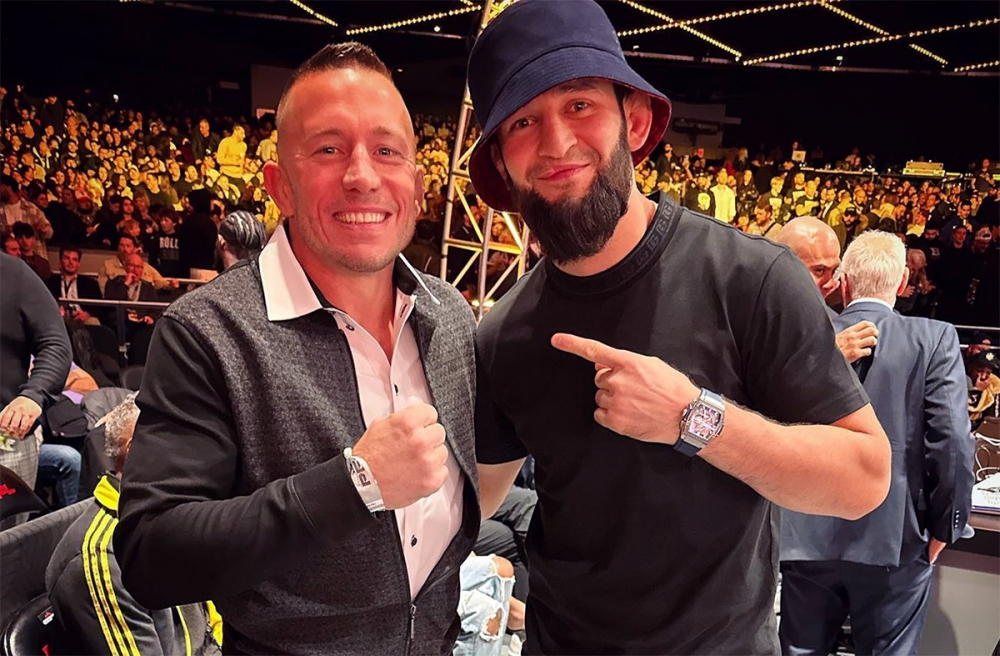 The final event of the PFL league this year brought together many famous personalities of the world of mixed martial arts in New York, among which were the former UFC champion in two weight categories, Georges St-Pierre, and the rising star of the largest mma promotion Khamzat Chimaev.

“George St-Pierre, a legend!” the Chechen fighter wrote on a social network, posting a joint photo with a Canadian.

“It was great meeting you! Good luck in your next fight!” replied GSP.

Note that the legendary Canadian arrived at the event to support his protégé Olivier Aubin-Mercier, who knocked out Stevie Ray and became the PFL lightweight champion, while Borza teammate Sadibu Sai won the PFL welterweight title by unanimous decision. with Dylan Taylor. Together with the belts, the newly minted champions received checks for one million dollars.