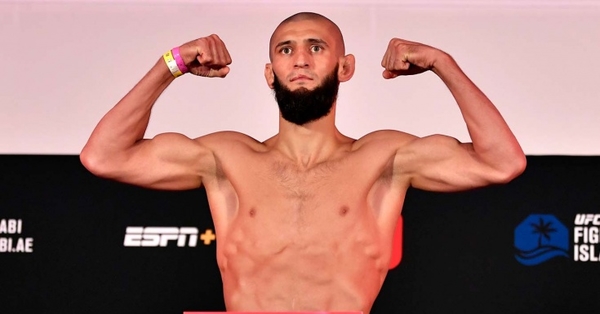 This weekend, UFC Fight Night 178, which will take place in Las Vegas (Nevada, USA) at UFC APEX, will delight MMA fans with several fights that could easily get into a paid card. Former UFC welterweight champion Tyron Woodley will take on former UFC interim welterweight champion Colby Covington in the main event, but that’s not the show’s only fight worth watching.

As part of the middle weight, an intriguing confrontation between Chimaev and Mirshert will take place on the show.

Fighting under the flag of Sweden, the 26-year-old Chechen Chimaev made a lot of noise when he delivered two impressive performances over 10 days on Fight Island in July. First, he made his debut in the UFC, strangling John Phillips in the second round, and then knocked out Rhys McKee in the first round. If he wins this weekend, Chimaev could return to Abu Dhabi in the next couple of months to fight the famous Brazilian veteran Demian Maia.

Meerschert’s leg stepped into the octagon 11 times, but he did not gain much success in the UFC – 6 wins with 5 losses. GM3 will return after a June loss at UFC 250 to Jan Hainisch in 74 seconds.

Chimaev declared himself as a top prospect. And while his skills really look impressive. Chimaev, having a solid wrestling base, is a versatile fighter with a powerful blow.

Mearshert, although considered a big underdog in this pair, has on his side, firstly, experience, and secondly, jiu-jitsu. He has a black belt in BJJ, and he got it for a reason – 23 of Mirshert’s 31 victories were won by submission.

The main danger for Chimaev in this fight lies in the stalls. If he finds himself on the ground with an American, then he can lure him into his trap and force him to surrender. Borz simply did not have such a level of rivals. But if Chimaev keeps Mirshert at a distance, then he has every chance to win the 9th early victory in 9 fights.

Chimaev’s victory by knockout in the 2nd round