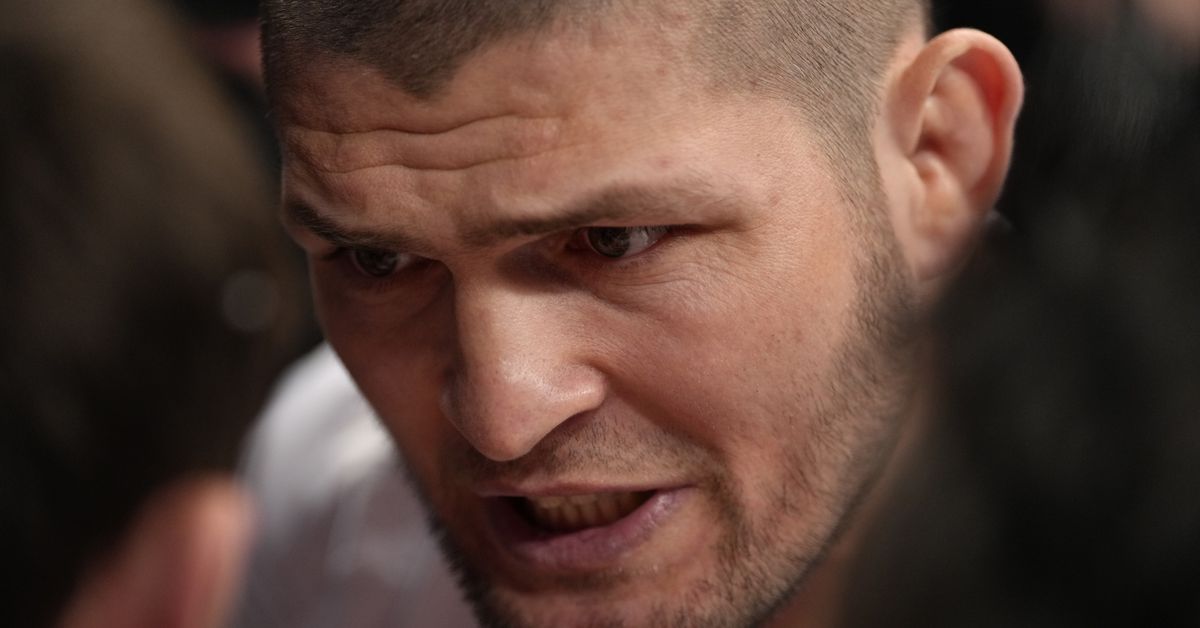 Khabib Nurmagomedov has weighed in on the alleged drama outside of the octagon between Jorge Masvidal and Colby Covington.

On Monday evening, a brawl took place in Miami Beach between rivals. Police records show that a victim, identified by MMA Fighting as Covington, was exiting Papi Steak Restaurant. An alleged attacker, identified as Masvidal to officers, then struck the victim twice, causing a broken tooth and a bruising to his wrist. Masvidal, who was also charged with criminal mischief and aggravated battery/great body harm, was taken into custody on Wednesday.

Nurmagomedov posted on social media his thoughts about the situation.

“I think all welterweights should refuse to fight Colby.” @TeamKhabib had a few thoughts on the recent incident between Jorge Masvidal and Colby Covington pic.twitter.com/ePrUCgPL3s

“You were attacked by a professional fighter, the same as you are, your own size, and you go press charges against him to the police?

“I think all welterweights should refuse to fight Colby, just don’t accept fights with him, let him sit without a fight, it will probably significantly affect him and all fighters who even think of insulting families, who is provoking the fighters to look for someone in restaurants to deal with him.”

The rivalry between Masvidal and Covington has been quite public, and at times uncomfortable, leading to a main event bout at UFC 272 which was won by Covington via unanimous decision. Both fighters continued the feud following the bout, which includes Covington telling MMA Fighting this past week that he would “beat up” Masvidal again if that’s what the UFC wanted to put on the table.

Masvidal was released on a $15,000 bond early Thursday morning, according to online records. If convicted, Masvidal could face significant time behind bars — with aggravated battery considered a second-degree felony with up to 15 years in prison and/or a $10,000 fine.

Covington has yet to issue a response about the alleged incident.