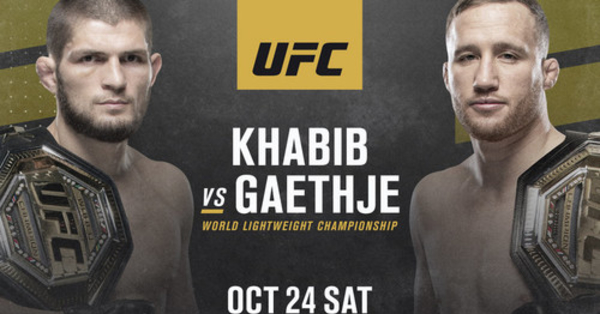 Fight Nurmagomedov – Gaethje will be held on October 24

The fight between UFC lightweight champion Khabib Nurmagomedov and interim champion Justin Gaethje will take place on October 24 at Fight Island in Abu Dhabi during UFC 254. The fight will start at 22:30 Kyiv time.

“Khabib will back off and shake like he usually does. Geydzhi will immediately notice this and adjust to his jab and position. Gaethje has his own style of diving to help prevent Khabib’s jabs.

Also, Khabib always holds his head high and Gaethje can hit him at any moment and knock him out. Gaethje has good wrestling, but bad grappling. If Khabib puts him down, then the fight could end in the first round.

I think Khabib will most likely win, but if Gaethje hits, he will knock him out,” Conor said.