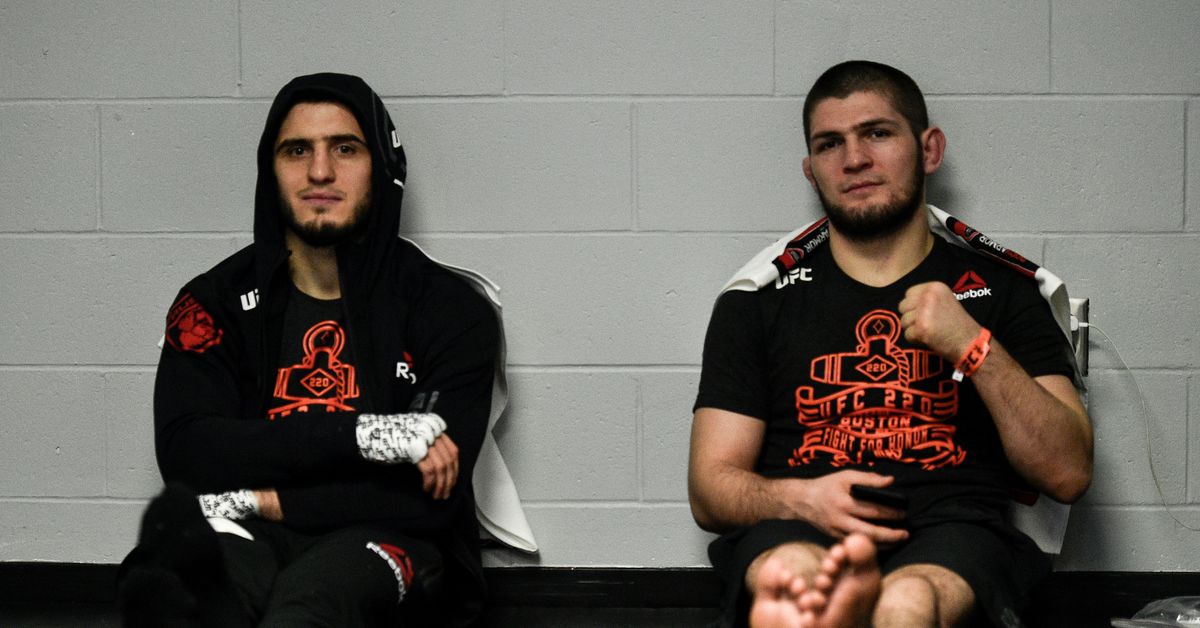 Khabib Nurmagomedov believes Islam Makhachev deserves to fight Charles Oliveira for the vacant lightweight title, and if it has to happen in Brazil, that’s fine with them.

“Seeing how Charles Oliveira is doing, it is clear that he cannot do much with Islam on ground. And Islam, of course, is excellent in standing up,” Nurmagomedov said to ESPN . “Last couple years, people don’t even touch him. All these guys, they’re good strikers and they don’t even touch him. Islam dominated all of them and the last 11 months, Islam finished four opponents. All of them were defeated. This is going to be fair if he fights with Charles for vacant title, because now there’s no champion in the lightweight division. Of course, Charles deserves this, but there is no champion.

“Why should Islam fight in the fight against the champion if there are no winners? Let them fight, best versus best. There is only Islam and Charles, and every near is Beneil Dariush, but he has only seven [fight] win streak, and when the UFC gave him a chance, he got injured. If you decide to fight with a top fighter when you return, then you can fight for the title. Beneil must fight a contender and Islam needs to fight Charles Oliveira for the title. This is my opinion and this is fair. 11 win streak versus 10 win streak. They must fight …

“If they make Islam vs. Beneil Dariush in October, this is a contender fight,” Nurmagomedov continued. “They fight in October, they will need to rest for two months, and then in two more months they’ll become champ, that’s going to be … February or March. Which one will be the champion in the lightweight division?” Charles, what are you going to do? He’s going to wait until March? They are going to what? They want to put on a big Brazilian show in December. OK. December would be a great date for Islam.

Oliveira was set to defend his his lightweight title against Justin Gaethje at UFC 274, but after failing to make the 155-pound weight limit, he was stripped of the belt. “Do Bronx” went on to defeat Gaethje at UFC 274 and has been guaranteed to fight for the vacant belt next, but his opponent has not yet been determined.

Oliveira called for Conor McGregor to be beaten, but Makhachev is getting more support, particularly because many fans think that if Oliveira defeats Makhachev, it could force Nurmagomedov into retirement.

The lightweight GOAT retired from the sport in 2020, following his win over Justin Gaethje at UFC 254, citing the death of his father as his primary reason for stepping away. The story line would be a perfect one, but Nurmagomedov insists that his time is up and it is now time to move on to Oliveira or Makhachev.

” If Charles defeats Islam, then it is up to us to give him credit,” Nurmagomedov stated. He will be the undisputed UFC lightweight champ. He’s the champion right now. Although he is doing an excellent job, he cannot be denied. When I finished, I was undisputed. I fight with Conor, I fight with interim champ Dustin Poirier, I fight with interim champ Justin Gaethje… These guys were in different time, in different prime, not like when now they fight versus Charles Oliveira. That was about one-and-a half years ago. I won the fight uncontested. He said that ‘We have champion’, Charles Oliveira. I can agree with him but it’s not undisputed.

“But if he beats Islam, of course I’m going to feel bad, but it’s no way people can talk about, ‘Khabib’s going to come back.’ Leave me alone. These guys should fight. This is different time, different fighters, now they’re prime time, and we have to understand who is the best lightweight in the world right now, between Charles and Islam Makhachev.”