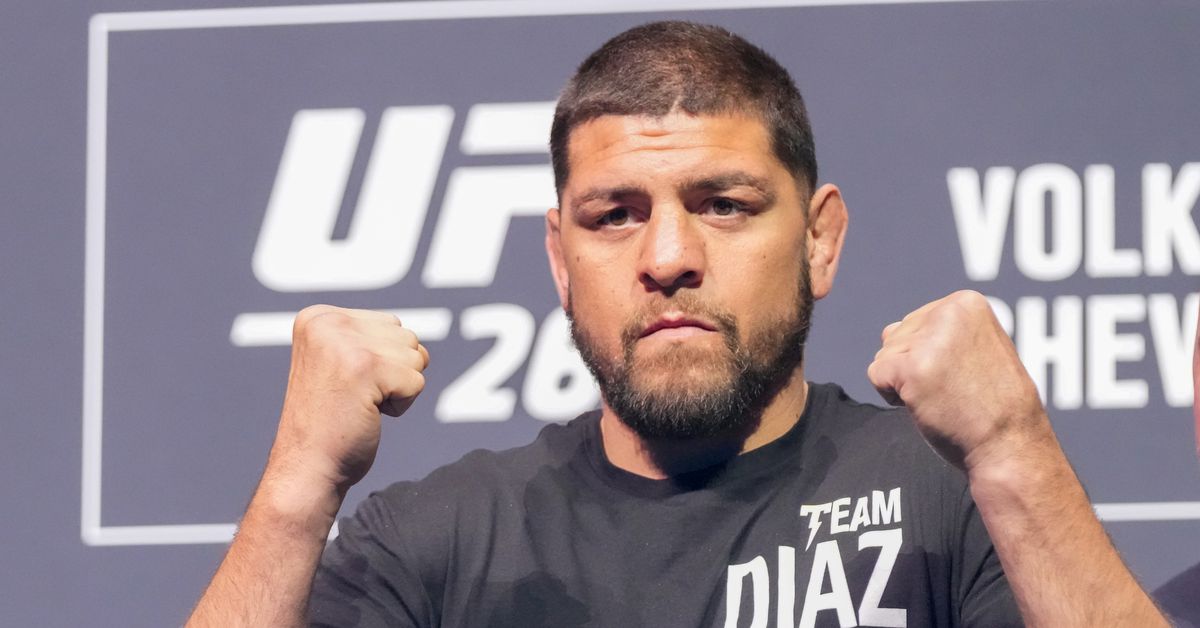 Kevin Holland’s first run-in with Nick Diaz was a memorable one, to say the least.

In a recent appearance on The MMA Hour, Holland recalled the first time he came across the elder son of Stockton — and how things quickly went awry. According to Holland, the story took place years ago at a taping of Dana White‘s Contender Series in Las Vegas.

“At the time, I used to be sponsored by this company named Specimen, right?” Holland explained. “And so I had this shirt on from Specimen, and [Diaz] was like, ‘Hey, that’s my shirt.’ But I had walked past him and I was like, ‘Yo, what’s up, OG?’

” He probably believed someone was fanboying about him. But I was speaking to my coach. I call my coach OG. I’ll be like, ‘What’s up, OG?’ So, yeah, he was like — I guess he felt some type of way, and he said something, so I said something back. Then, the next thing you know, it was like he jumped at me .”

Holland speculated that Diaz might have drunk alcohol on the night of his arrest, but he could not be certain.

Either way, according to Holland, the entire situation did indeed begin over a case of a mistaken t-shirt — and somehow led to an attempted Stockton slap.

“He said something, but he said it like that was his shirt,” Holland recalled. Holland recalled that Holland said, “You put on your f*cking dress,” and I replied, “Bro, it ain’t your f*cking top.” Like, what are you talking about?’ I was like, ‘Bro, you must be f*cked up,’ and he was like looking at me all crazy. And then he [swung to slap me], and I was like, ‘What the f*ck?’ And I dodged it. I was thinking, like, ‘Is this sh*t really happening right now?’ He, like, grabbed my leg, and I was bouncing on one leg, and I’m like, ‘Yo, get the f*ck off me.’

It’s a funny memory Holland can look back at now. In part, because there was no damage done. Holland walked away unscathed — “I’m the type of person you take down, not the type of person you’ll be able to hit in the face,” he said with a laugh — and Diaz did so as well. It seemed that further escalated situations could be avoided.

Diaz eventually went on to make his UFC return in September 2021 at age 38, losing via TKO to Robbie Lawler at UFC 266, while Holland will try to break a three-fight winless streak when he drops down to 170 pounds on March 5 against Alex Oliveira at UFC 272.

Yet even after the fact, Holland’s friends still can’t help but support the Stockton legend.

” All my boys still love the Diaz brothers,” Holland said again, laughing. “I tell my boys, my boys laugh. They’re like, ‘Oh, you got to hang out the Diaz bros!’

“Nate is still the GOAT. But it was quite funny. It was actually funny, I think. At the time, I was hot. But now I look back, it was pretty funny.”