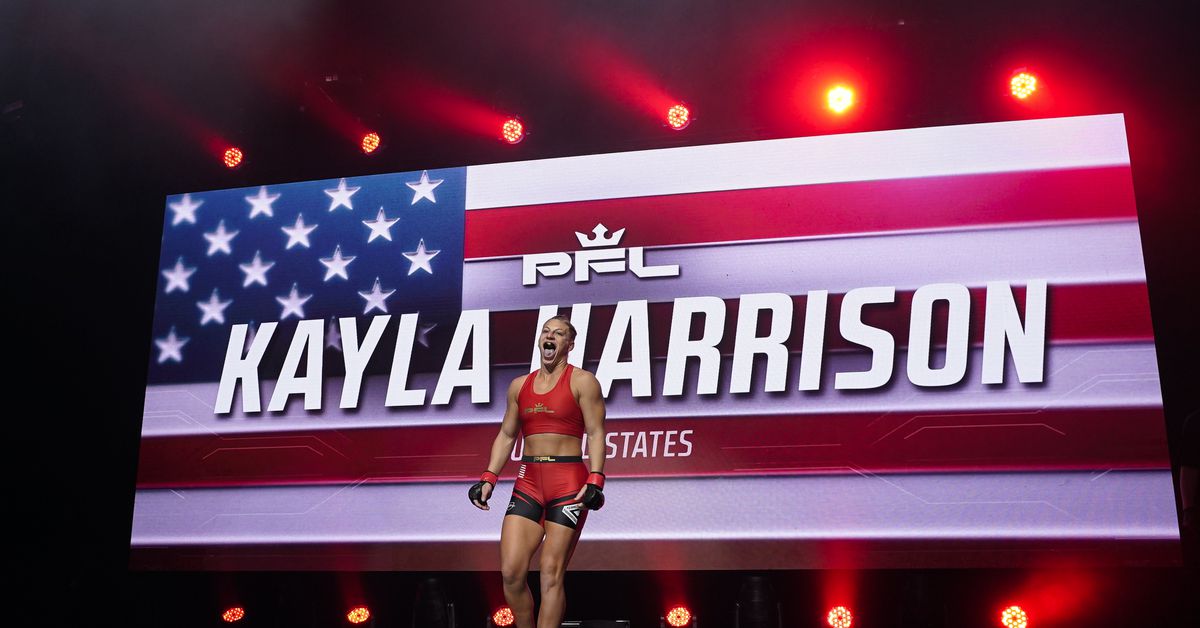 Kayla Harrison is staying with the PFL.

The league announced Tuesday that Harrison — currently No. 7 in MMA Fighting’s Pound-for-Pound rankings — has re-signed with the PFL on a multi-year contract extension. Ariel Helwani reported that the PFL had accepted a Bellator offer.

Surprise Surprise… The Queen is Back

Harrison originally signed with the PFL in 2016 when it was still known as the World Series of Fighting. Harrison was allowed to remain on the roster as long as the league does not match other offers.

In her two seasons with the PFL, Harrison — a two-time Olympic gold medalist in judo — has amassed an 11-0 record and won lightweight championship tournaments and their accompanying $1 million prizes in 2019 and 2021 (the 2020 season was canceled due to the outbreak of COVID-19). She also holds a win at featherweight in her lone appearance for Invicta FC.

Harrison said Monday on The MMA Hour that while she initially enjoyed the process of free agency, she was beginning to grow frustrated and worried that “my window of opportunity to fight these girls is slowly closing.”

“I really do just want to be the best,” Harrison said. “I really do have an internal desire to test myself and to push myself to the highest limits I can go. It is my goal to keep going and push myself further. But I am not yet there.