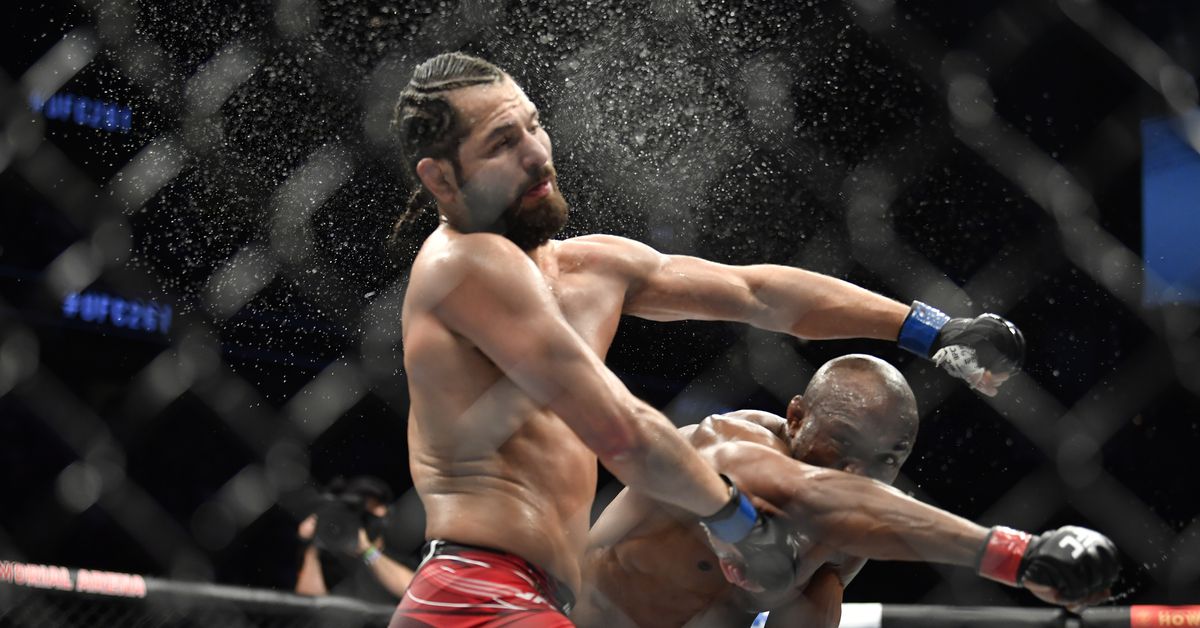 Kamaru Usman has heard it all before.

The reigning UFC welterweight champion and top pound-for-pound fighter in the sport, according to the MMA Fighting Global Rankings, has been told plenty of times that he wouldn’t be able to accomplish something he promised to do.

That is why Usman doesn’t worry about the criticisms he’s received since he asked for the chance to fight Saul Alvarez (a boxing match) when he had never been in the ring before. In his mind, Usman sees this as just another scenario in his career where he’s being doubted — and nothing satisfies him more than proving people wrong.

“You would think I train on how to punch people’s faces,” Usman said with a laugh on The Pat McAfee Show. “I put in work. Every day I work hard, no matter if it’s kickboxing or boxing. It takes effort. With that time, I’m confident in my abilities. Listen, when I said, ‘Hey, Jorge Masvidal, you said you wanted a full camp, that you were going to be able to take me out with a full camp.’ I said, ‘Hey, this time I’m going to knock your head to the moon and I’m going to do it.’

“After I went out there and dealt with [Gilbert] Burns, I got him back and said, ‘Masvidal, you’re next. I’ll give you another shot, I’ll give you a full camp and I’m knocking your head to the moon this time.’ Everyone said, ‘Masvidal’s the best boxer in MMA.’ I sent him to the shadow realm. I think he’s still up there.”

As impressive as Masvidal’s win in the rematch was, Usman also knows that it would be a completely different animal to enter a new sport and defeat a multiple-time champion such Alvarez.

He’s not oblivious to the challenge, but Usman also knows that if he wants to create a fight of this magnitude, he’s going to have to cross over to boxing because there’s no way “Canelo” would face him in the UFC.

” I’m strong enough to enter your arena and do it,” Usman stated. “Can you say the same thing? None of these boxers are willing unless you’re James Toney back [in 2010] when he fought Randy Couture. These guys aren’t willing to do it.

” I am brave enough to tell you that I will come in and take your hell, as long as it .'”

Usman also sees his pursuit of a fight against “Canelo” as a much different endeavor than the showdown between Floyd Mayweather and Conor McGregor back in 2017, which ended up as one of the most successful pay-per-view broadcasts of all-time.

That fight was lightning in a bottle with two of the most prolific trash talkers in combat sports history, but Usman says nobody really picked McGregor to actually win the fight.

“Let us be real, many people knew what would happen because Conor was that guy. And then, you fight a Floyd guy who doesn’t get hurt,” Usman stated. I don’t care about who you are. He won’t be hit by professional boxers.

” He’s not going to stand by and give you a chance. He’s just not that guy. Now that was that scenario. This is why it was so important. These guys could talk.”

Usman believes facing “Canelo” would be a much different situation because he’s confident the 31-year-old Mexican fighter, who is coming off just the second loss of his career after falling to Dmitry Bivol this past weekend, would meet him in the middle of the ring and battle it out until one of them is done.

“When you have the pound-for-pound boxer on the planet at the moment where he’s going to stand there, he’s going to bang, he’s going to fight,” Usman said. “He’s coming in there to hurt you. You’ll have the best pound-for­pound fighter in the world, who can do the same weight as you and still be at their peak. That’s something you have never experienced.