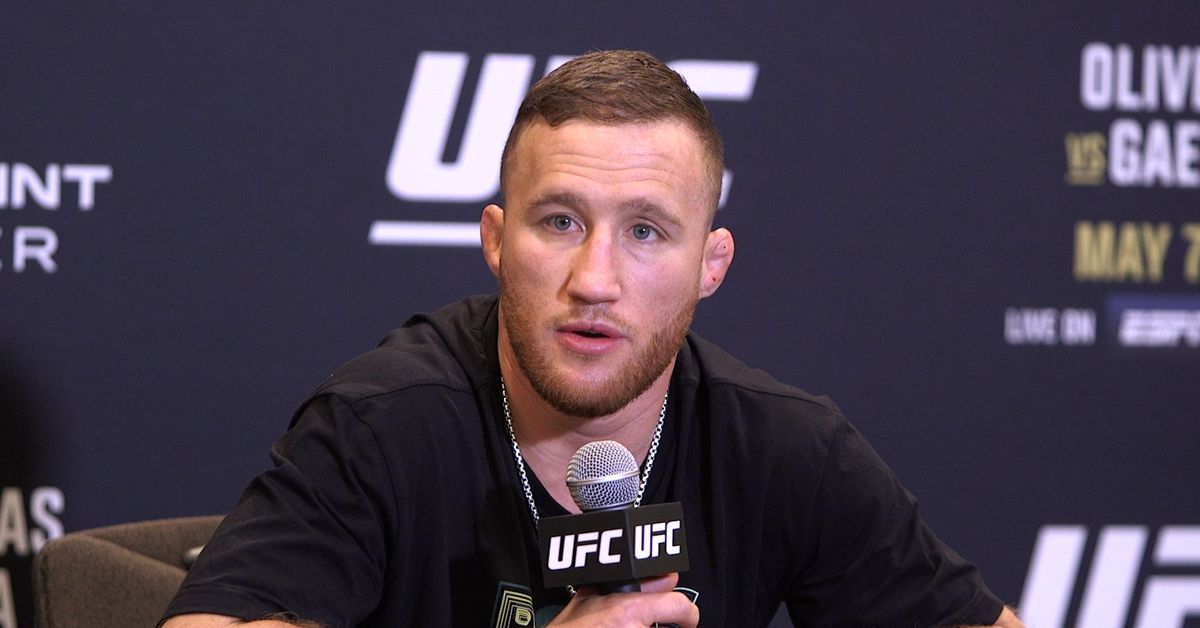 Justin Gaethje understands that criticism is just part of his job but he’s not interested in hearing it from fighters incapable of achieving the same level of success that he’s found in the sport.

That’s the message he passed along to Nate Diaz after a comment was made on social media about the loss Gaethje suffered to Khabib Nurmagomedov back in 2020. Diaz, responding to a Gaethje interview in which he stated that he would make UFC lightweight champion Charles Oliveira walk through hell “like Khabib did .”

Diaz responded by saying “bruh got triangle choked from the mount, what he talking bout.”

While Gaethje previously fired back at Diaz on Twitter, he unloaded both barrels with far more than 180 characters when asked about the situation during UFC 274 media day.

“In the history books, I’m already a world champion. I don’t like it and I don’t accept it, I need to make it right on Saturday but I’ll be in the Hall of Fame. He should be, too, but just because the fans love him.”

Diaz has actually competed for a UFC title once during his career but he came up short in a bid against Benson Henderson back in 2012. Since that time, Diaz has amassed a 4-5 record overall while simultaneously becoming one of the biggest stars in the sport following back-to-back fights with Conor McGregor.

With Diaz currently on the last fight of his contract with the UFC, it seems highly unlikely that he’ll ever cross paths with Gaethje in the cage but that’s the last thing the top-ranked lightweight contender is contemplating ahead of his own title shot on Saturday.

” When asked about his past matches with Diaz, Gaethje replied that he had turned down Khabib. “I heard he turned down Khabib about 20 times. So for him to s*** on me for losing to Khabib, I find that hilarious.”

Putting their war of words aside, Gaethje did offer one bit of praise when it came to Diaz and that centered around the rumored matchup against welterweight wrecking machine Khamzat Chimaev at UFC 276.

A photo of the UFC’s matchmaking board leaked online following an interview with company president Dana White and Diaz was put opposite Chimaev in a potential co-main event for UFC 276 on July 2.

No deal has been made and it is unclear whether either fighter has accepted the offer to fight. However, if Diaz agrees to take on Chimaev, Gaethje cannot help but praise him, even though he leaves Stockton, Calif., without a chance to defeat the undefeated Chechen.

” If he fights Khamzat next time, I have to give him some credit,” Gaethje stated. “Of course not, [he won’t win] but I’m a fan of the sport. Anything can happen at any time. He’s not going to outwrestle him. He doesn’t even have the power to shut someone’s light out on accident.