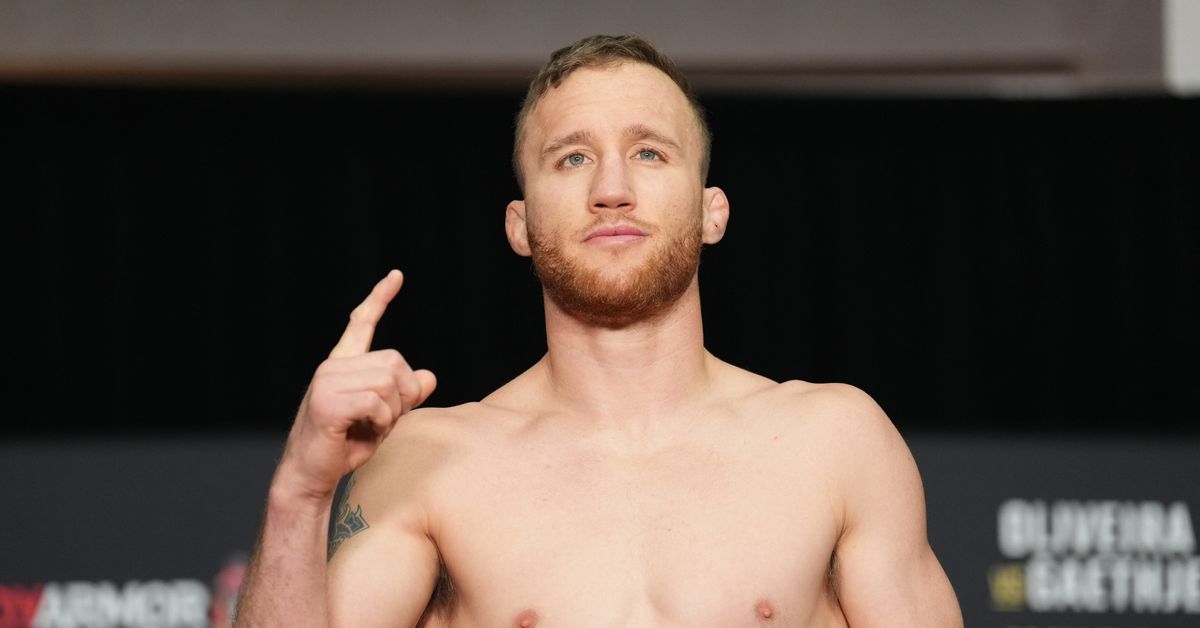 Justin Gaethje successfully made weight for Saturday’s championship main event and he doesn’t see why anyone else is complaining.

“The Highlight” made championship weight on Friday, coming in at 155 pounds for his fight with UFC lightweight titleholder Charles Oliveira for their clash at UFC 274, which takes place at the Footprint Center in Phoenix. The defending champion was unable to lose weight and became the first UFC champ to be stripped of his title due to weight loss.

Afterwards, several fighters complained that the reading on scale used at Friday’s official weigh-ins differed from the hotel scale that they had used to gauge their weight the night before. Ariane Carrelossi, Norma Dumont and others claimed that something wasn’t right with the scale. Carnelossi still successfully made weight, but Dumont came in half a pound over the featherweight limit.

‘This a disgrace’: The MMA World reacts to Charles Oliveira’s loss of weight and being stripped UFC title

Gaethje later tweeted info about his own weight and rehydration, which led to him answering questions about the scale controversy.

I posted my weight 3 hours after I stepped on the scale. Average weight gained back by athletes in the UFC is 10% of body weight. It may not be something you guys like, but it’s the law. #fyi

3/4 made championship weight. Cut the BS.

“[Three out of four championship fighters] made championship weight,” Gaethje responded to one person. “Cut the BS.”

Both Brazilian I weighed the same on the digital at the official.

Gaethje specifically denied Carnelossi and Dumonts claims, saying that he used the exact same scale in the hotel.

Although the UFC lightweight title has been officially vacated, Gaethje will continue her fight with Oliveira as a catchweight. Gaethje still qualifies to be champion if she wins. Oliveira cannot regain the title on Saturday regardless of the result.