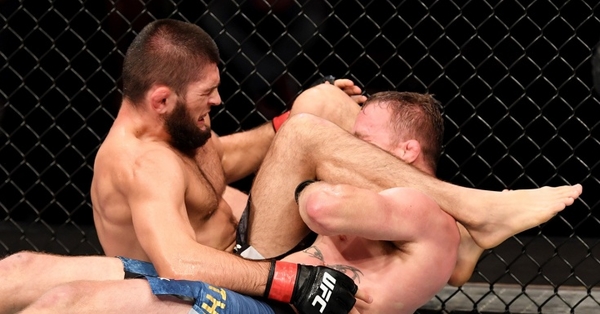 The American is broken, but still sees some pluses

American Justin Gaethje (22-3) commented on the defeat in the fight against Khabib Nurmagomedov (29-0).

“This sucks, I’m broken. It’s emotional. After all, it’s all in the name of the game. I created problems for him. A few more blows from me and he wouldn’t be able to walk. He will be limping… limping for at least the next three weeks.

I have no reason to be proud because I lost, but I feel alive. I feel great. I believe I did a good job hurting him. I kept and controlled the distance, created a threat and caused damage,” Gaethje said after the fight.

Recall that Nurmagomedov strangled his opponent in the second round.