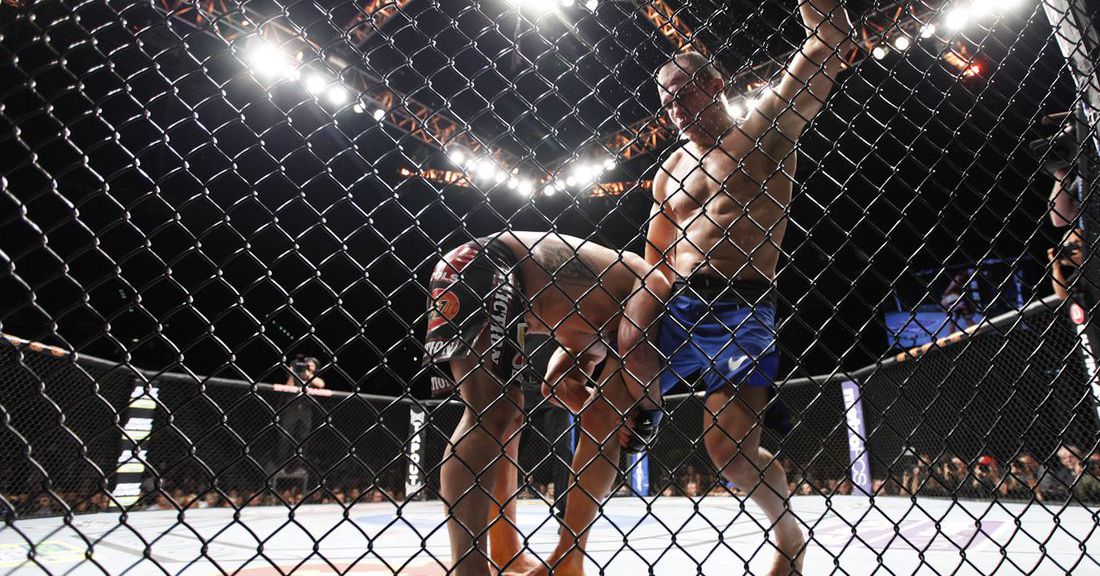 Junior Dos Santos flattened heavyweights left and right between 2008 and 2012 in the UFC, scoring seven knockouts in nine octagon appearances from his debut win over Fabricio Werdum and his title defense over Frank Mir. A decade after losing his belt to Cain Velasquez, a man he defeated in 64 seconds a year before, “Cigano” realized he wasn’t living up to his full potential.

Ready to make his first walk to a non-UFC cage in nearly 15 years, facing Yorgan de Castro in the main event of Eagle FC 47 this Friday in Miami, Dos Santos said on a recent episode of MMA Fighting podcast Trocacao Franca he’s predicting a stoppage victory in under 10 minutes, and it could come by way of submission, after de Castro started working on his wrestling skills with UFC legend Jon Jones.

“Cigano’s” sole submission victory in MMA happened in his second professional bout in 2006, tapping Eduardo Maiorino with a guillotine choke in just 50 seconds in Brazil. He explained that his decision to not use his jiu jitsu — other than the defensive aspect of the martial arts — was part of “mental block” he had been able find since his departure from the UFC.

“There’s always that thought of, ‘What if this happens?’ You can’t give that too much attention,” Dos Santos said. These mental barriers can hold you back from showing your full game. For example, I love doing jiu-jitsu. I love to grapple and everything else, but I would always avoid [doing it] in the UFC. One of the absurd mistakes I was able to see during this past year, [reflecting] about the Cain Velasquez fights, especially the second one.

“He attempted five to six takedowns in the early rounds of the fight, and I was able to defend each one. Hit his face on the mat and I walked away. I walked to the other side of the octagon and gave him space to get up comfortably, whenever he felt well, and continue. There were many other errors, but this one feels like a punch in the face. You know, like “What the f*** is your doing ?’

His head hit the ground. I just had to grab his mount and get up on my back. Because he was a wrestler, I stayed far from him and avoided wrestling. My goal was to box and use my boxing skills. It was a [mental] blocking because I wasn’t allowed to use all my arsenal.

“And it was simple, especially in the second fight, but also in the third. So many situations I could take his back or mount or put my knee on his belly and hit. Even if the goal was to get points, side control is a way of doing something. But I didn’t do that. He was able to walk far from me and allow him to return to his feet when he is ready.

“Wow, I can’t even explain that without feeling weird. Absurd mistakes that experience and this moment of reflection I’m living right now made me see it clearer. That .”

error is not something I want to repeat.

Don’t get him wrong, “Cigano” still prefers to knock people out and definitely wants to shut the lights off of de Castro in Mami, but knows he needs to be smarter and not “expose myself too much become you can get caught, especially at heavyweight.”

De Castro won back-to-back fights since leaving the UFC in 2021, while Dos Santos looks to snap a four-fight knockout skid to Francis N’Gannou, Curtis Blaydes, Jairzinho Rozenstruik and Ciryl Gane. The Brazilian hasn’t won since 2019, when he was coming off knockout wins over Derrick Lewis and Tai Tuivasa.

” You can’t just go crazy and brawl,” Dos. Santos stated. It’s not a brawl. This is a fight. You have to impose your strategy and technique over your opponent, and that’s what I’m expecting from myself. I never had a time out like I had now.

“The only times I had breaks [from fights] was due to injury, so I had to worry about physical therapy and how I was going to be when I returned. This pressure and worry was always there. It took me a little more than a year to take this time off. This allowed me to regain the balance in my career. I also came to the realization that I enjoy being myself and being a fighter and will continue to want to fight .”