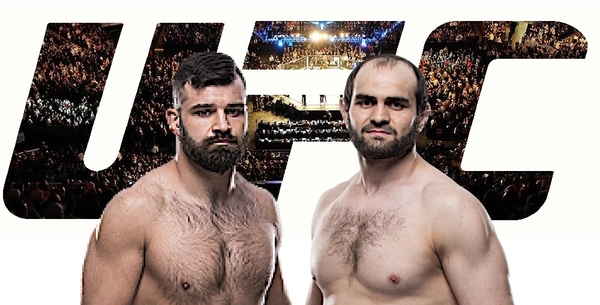 This coming weekend, the UFC will hold its next tournament in their backyard – at the “UFC APEX” in Las Vegas (Nevada, USA). The UFC Fight Night 183 card show features the once formidable ex-champion of the promotion.

In the third most important fight of the show, middleweights Marquez and Safarov will meet.

update. The fight was canceled because Safarov had problems to fit into the weight category.

Marquez joined the UFC back in 2017 after a successful performance at Dana White’s Contender Series, but he only fought two fights in the octagon. In December 2017, he made his debut in the UFC with a choke win over Darren Stewart, and 8 months later lost a close decision to Alessio Di Chirico. Getting into the cage all this time, the “Cuban Crisis” was not injured.

Safarov has also not been very active in the UFC. His career here started in 2016, and during this time he performed only four times. The Russian started his career in MMA as a heavyweight, he entered the UFC as a light heavyweight and after losing two of his three fights, Safarov decided to drop down to middleweight. His debut there took place in March at UFC 248, but turned out to be a failure – in three minutes he was strangled by Rodolfo Vieira.

Marquez is very fast, hits hard and has decent ground skills. However, cardio can let him down, as was the case with Di Chirico. Safarov did not show anything special in the UFC and loses to his future opponent on almost all fronts, especially with regard to speed, except that he is not inferior in the grappler component.

For Marquez, it should be a comfortable win. A knockout or technical knockout appears to be the most likely outcome given Saparbek’s wrestling background.

Marquez wins by knockout in the 3rd round