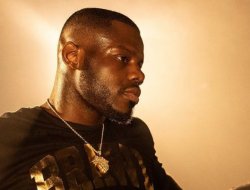 The powerful British heavyweight Anthony Joshua (24-2, 22 KOs), if he appears extremely self-confident the second time in the ring with Oleksandr Usyk (19-0, 13 KOs), will forget about attempts to outbox the Ukrainian and will lean on blows to the body and chest, has every chance of success. So says the sparringer of the first, the American cruiser techie Andrew Tabiti.

I mean, he will be able to knock out the offender in a rematch on August 20 in Saudi Arabia. In the fall of 2021, Alexander outboxed Anthony.

“I foresee that Joshua will fight more aggressively and he is able to shock Usyk. The main thing is not to arrange boxing chess with him, but to beat him in the chest – this will stop him shaking his head. I see Joshua using power. He can knock him out, ”Andrew brought out.

Tabiti also told how the champion of IBF, WBO and WBA tried to imitate the style in sparring, but then Joshua began to beat off his torso – and it was painful, says the American.

“Bodyshots are key, especially for such a hefty guy. The main thing is to enter the ring with the attitude “I’m in charge here.” If he is just like that, he will beat Usyk, ”summed up sparring Joshua.

If Tabiti is not enough for you, here is another epic assessment of the Usyk-Joshua rematch from Berinchyk. And also from the British heavyweight who considers Joshua a “glass cannon.”