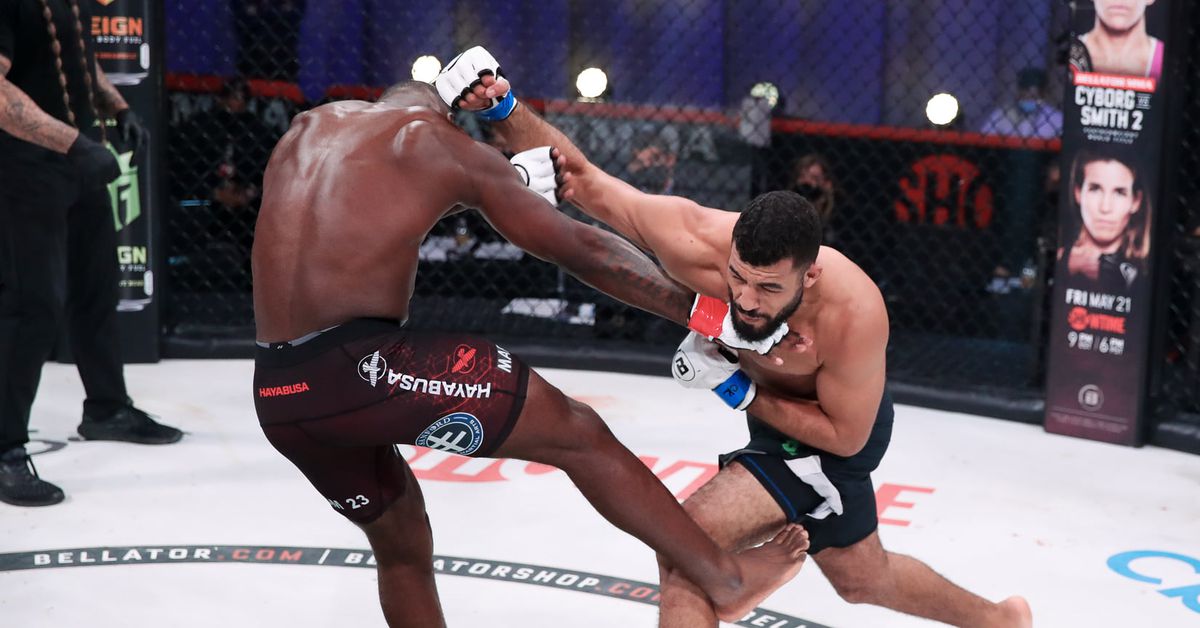 Back in May 2021, Jose Augusto stepped into the Bellator light heavyweight tournament as a late replacement against Anthony Johnson and rocked the two-time UFC title contender before eventually losing in the second round.

“Gugu”, who is finally returning to Bellator 276, after almost a year of being away from the sport, said that he will not go out of his ways to fight Johnson again — at least for now.

“There is no bitter taste [from that loss],” Augusto said to MMA Fighting before Saturday’s match with Alex Polizzi, St. Louis. I have no regrets over that fight. Quite the opposite, really. This was my first fight where I felt financially valued. The purse was nice, and it was an honor to fight Anthony Johnson. I watched his fights and cheered for him, and it was fun to fight him.

“If it happens that we fight again, cool, cool, but I wasn’t left with a bitter taste. Quite the opposite. I admire him even more. Who knows? Maybe he will return to fight and get the title. That would be .”

Augusto won’t make the same amount of money he was paid for the grand prix bout when he faces Polizzi this Saturday, but is still “very happy” about his compensation.

A hand injury he suffered against “Rumble” forced him to stay on the sidelines for longer than expected, and Augusto ended up gaining way too much weight.

” I was too out of form, but it’s okay now,” Augusto chuckled, explaining that he had reached 255 lbs during his break — 22 pound heavier than normal. The Brazilian fighter often competed as a heavyweight in his native country before joining Bellator in 2021.

“[Fighting at heavyweight] was always a good option for me because I love to eat, and in my mind, 205-pounders and heavyweights have knockout power, but heavyweights usually aren’t that skilled. I found it safer and felt happier [at heavyweight], even if they hit harder, because I relied on my speed and skill.”

Polizzi, a former LFA light heavyweight titleholder who has gone 3-1 so far in Bellator highlighted by a victory over ex-champion Rafael Carvalho in his debut, has only lost once in MMA. However, Augusto doesn’t see a lot of “surprises” coming his way at Bellator 276.

“He likes to grapple and scramble, and I prefer to use my feet to try and hurt [my opponent],”. “I see the fight going two ways: If he can impose his rhythm, he’ll win the fight, but I don’t see him knocking me out. Maybe a submission, I don’t know. He won’t touch me if I can dictate my rhythm. It all comes down to who is more .”