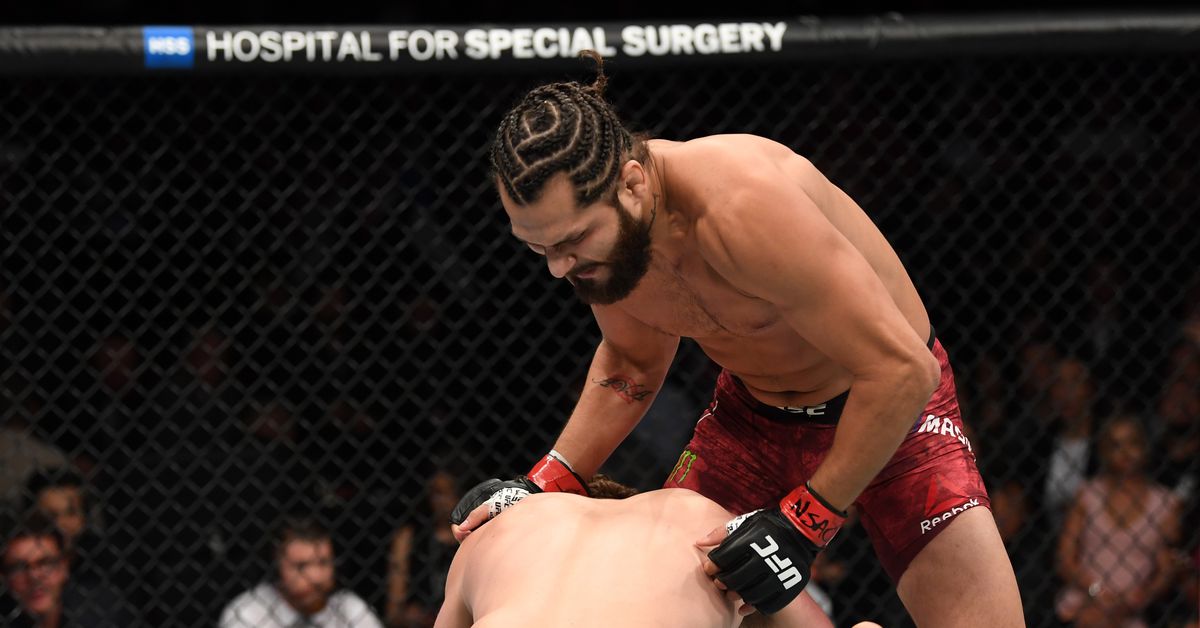 Jorge Masvidal is ramping up the trash talk ahead of his fight with Colby Covington.

The former American Top Team teammates have been at each other’s throats for the last couple years following a fallout that took place as the men rose up the welterweight ranks.

Now, Masvidal and Covington are set to face each other in the main event of UFC 272, and with their long-awaited battle less than a month away, Masvidal is going all out on his verbal assault of his former best friend.

Check out the promo Masvidal cut – and directly tagged Covington.

Home, temple, home of some motherf*ckers. Left and right, I’m not the only one here that’s a bad motherf*cker. Many bad motherf*ckers here. Not your b*tch, though. Damn, man. I know it hurts every time you see that sh*t. I know what a sensitive b*tch you are and how you read comments and cry. It hurts. I cannot imagine what you feel every single time this symbol is displayed. Keep talking sh*t though. It’s too much.

“March 5th is getting closer, so is this knee to your temple. Not only am I going to break your face in a very violent way but the UFC is going to see you’re such a liability that they’re gonna kick you out, bro. It will then be back to the Indian reservations, where you could fight. Maybe you can even co-main events or something like that. I doubt you can hold the main event with me, at any event. I’m gonna f*ck you up, man. Talk that crap though. March 5th can’t come close enough. See you soon, b*tch. Never forget.”

Masvidal released a video this week calling Covington “The Real Street Judas.” The former UFC welterweight champion also declared recently that he would “expose Covington” as a “charlatan and “limited fighter.”

Covington has been quiet in the lead-up to this fight. He issued his own shortly after Masvidal posted.