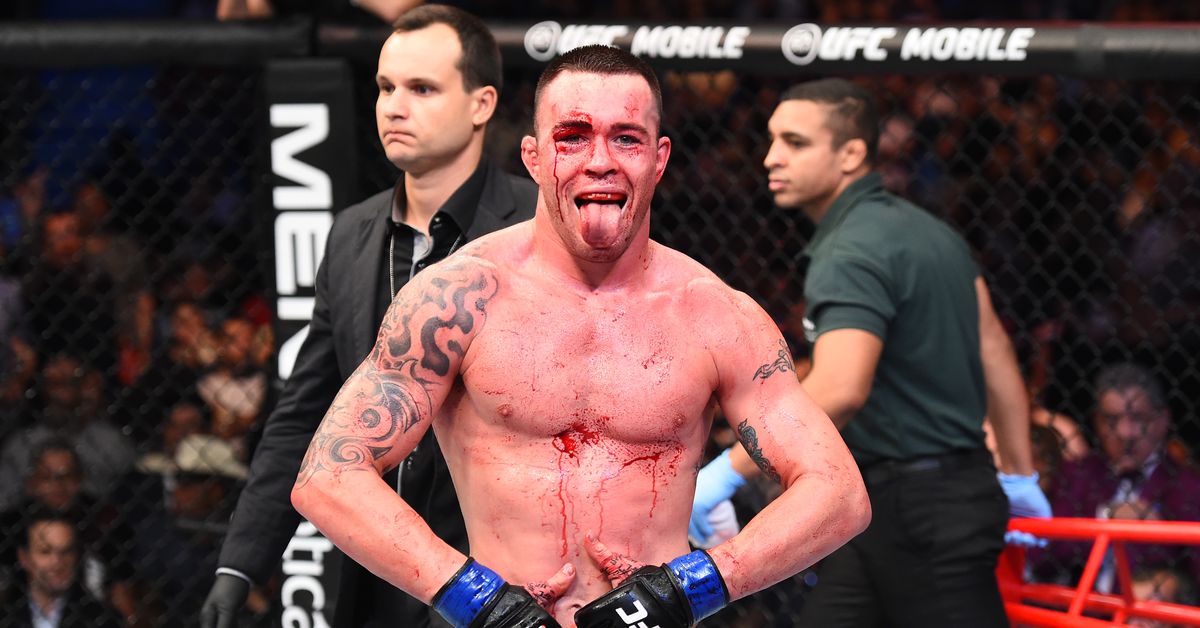 Jorge Masvidal and Colby Covington gave a likely preview of their fight-week appearances to promote UFC 272, bickering nonstop during an ESPN interview helmed by Stephen A. Smith.

Smith noted that “interview” was an overused term to describe what became a stream of insults and threats as Masvidal, Covington argued.

Masvidal told his former roommate and rival “you’re going to be in the ER in critical condition” two days after the pay-per-view event on Saturday in Las Vegas. To avoid a fight, he predicted that Covington would “sniff my crotch all evening long”.

Covington told Smith that he didn’t intend to beat him up. I’m going to hurt him so bad, you’re not going to be the same person after I’m done with you. I guarantee you you’re going into a coma, b****.”

Covington reached back into Masvidal’s fight history, citing his rival’s losses Toby Imada, Gilbert Melendez and Al Iaquinta. He said that he was “the No. 1 pound-for-pound fighter in the world,” prompting Masvidal to laugh out loud.

“Usman beat you to death, you stupid f ***,” Masvidal yelled.

“Are you still sleeping?” Covington shot back.

Death threats and insults aside, Masvidal and Smith tried to get Covington’s response to Masvidal’s allegation that he shorted their once-mutual coach Paulino Hernandez $12,500, leading Masvidal to foot the bill and distance himself from Covington before a public falling out.

Covington did not address the allegation directly, but said that he had done nothing to Hernandez.

“[American Top Team owner and former Covington manager] Dan Lambert knows how much I got paid,” Covington fired back. “That night that I made that paycheck, I got paid half of what that said, the commission said I made double what I said. I got paid half that. Everything he says, he’s all talk and no walk.”

Masvidal previously told ESPN the non-payment stemmed from Covington’s winning fight against Rafael dos Anjos at UFC 225, which took place in Chicago. The State of Illinois Athletic Board does not publicly disclose fighter payouts; Hernandez told MMA Junkie Covington was paid $350,000 and said he received $5,000, well short of the percentage he said was verbally agreed upon.

Smith asked Masvidal what would happen if he suffered a loss to Covington, who like him has twice fallen short against current welterweight champ Kamaru Usman.

“I can’t – I won’t lose this fight,” Masvidal. “I’ll never lose to this fake piece of s***. This is not possible. But after I break his face, I’ll come back in here and give you the exclusive interview and tell you a lot more s*** about this individual.”

“You can talk tonight,” Covington fired back. “We’ll see who’s talking March 5, only on pay-per-view.”