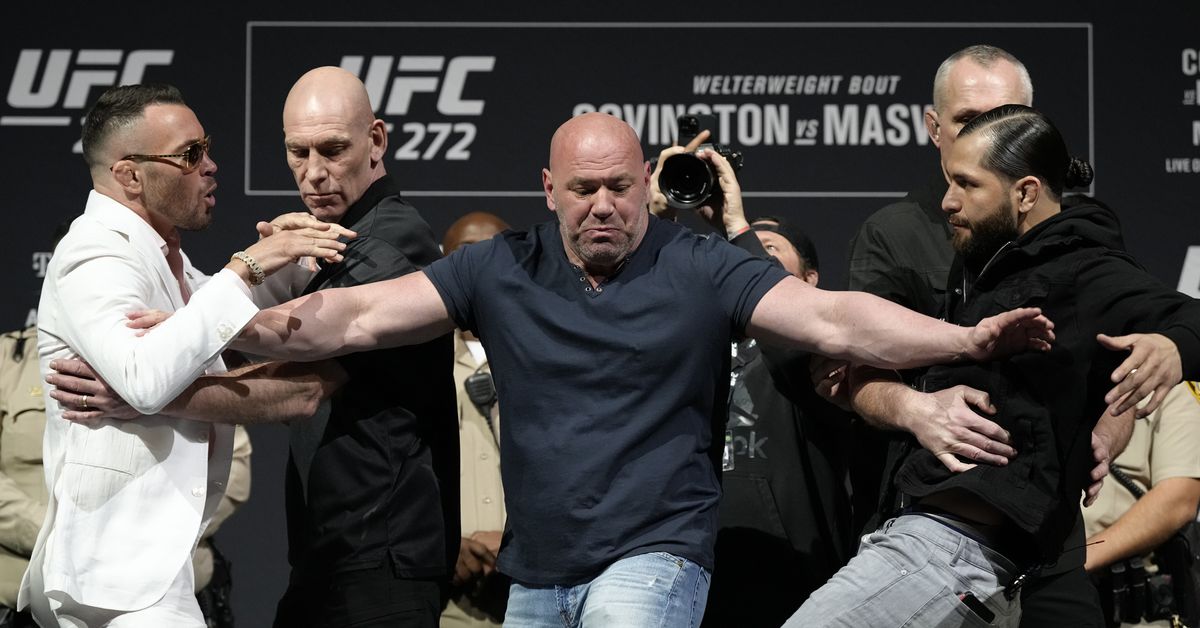 Without a single question being asked, Colby Covington and Jorge Masvidal were already jawing at each other during the UFC 272 pre-fight press conference.

The bitter enemies turned former friends faced off in the main event. They used enough expletives to make Quentin Tarantino think he was filming the scene for his next movie.

The volatility did not stop no matter what question was asked during the press conference with UFC President Dana White doing his best to try and keep the train from coming completely off the tracks.

Covington’s trash talk towards his ex-teammate ranged from asking him how a bill becomes a law in the United States to accusing him of taking out a payment protection program loan during the pandemic.

The welterweights talked constantly over one another throughout the whole press conference. Rarely did either of them address a question without being interrupted.

With UFC security and local law enforcement on stage, Covington and Masvidal did manage to stay seated throughout the press conference, although there was definitely plenty of name calling and shouting between them.

White called the fighters to the stage to have their first formal staredown, but had no plans to allow them to come closer to one another.

Masvidal did manage to throw a small kick while Covington mostly just stood as smiled before White stated “that’s good” and the fighters were pushed back to opposite sides of the stage.

Masvidal and Covington will face off one more time at the official weigh-ins on Friday before finally clashing in the cage in the UFC 272 main event.