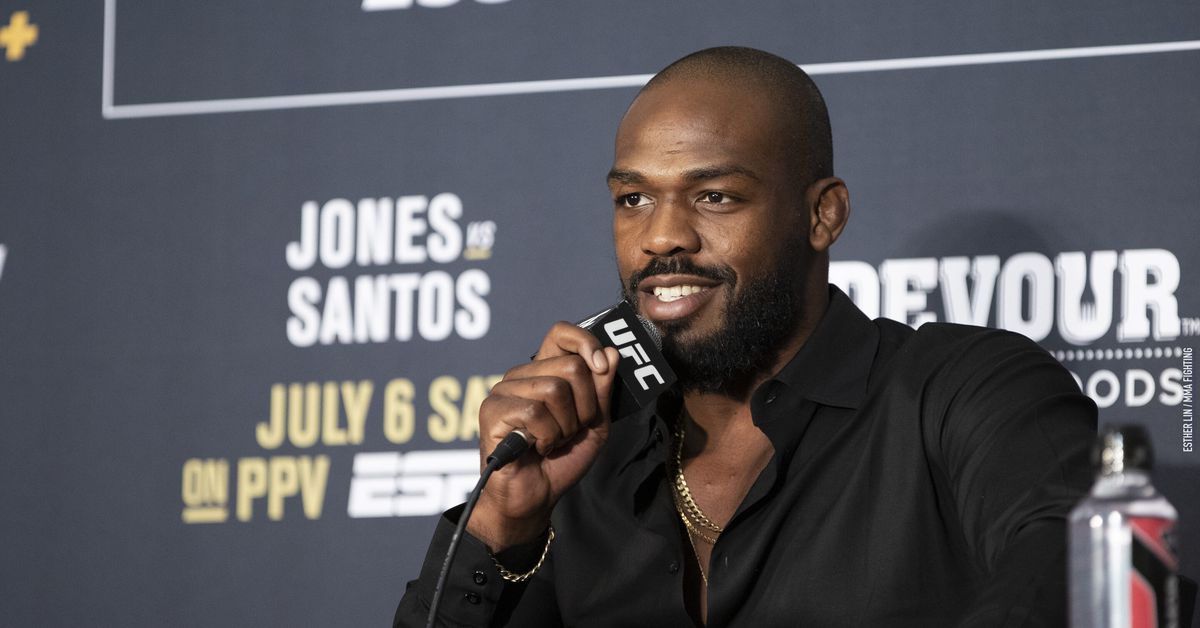 Jon Jones has already been out of action for over two years so he’s willing to be patient to make sure his return will come against the best possible opponent for his heavyweight debut.

The former 205-pound UFC champion is expected to face Stipe Miocic later this year but Jones explained during an appearance on the CES MMA broadcast why the fight got pushed back further than he initially expected.

“I heard originally it would be July 2,” Jones said. “I think when Stipe got that date, he decided that — I heard he’s been doing a lot of weightlifting, not a lot of MMA training — he wanted to put his best foot forward.

“I respect that. He’s a great champion. He deserves that. He asked for September 24, and I hope that it will be in Las Vegas .”

Right now, the UFC hasn’t announced an event scheduled on Sept. 24 but the timing would seem to work out for the pay-per-view broadcast that month.

The other date Jones mentioned on July 2 will serve as UFC 276 during International Fight Week in Las Vegas. Multiple sources confirmed to MMA Fighting that the UFC did have interest in booking Jones vs. Miocic on that date but nothing was ever solidified.

This past week, featherweight champion Alexander Volkanovski was booked for a trilogy with Max Holloway on July 2 with rumors swirling that middleweight king Israel Adesanya may also compete that same night in a title defense against Jared Cannonier.

If both of those fights are booked, it would alleviate the need to pursue Jones vs. Miocic for July and instead allow the heavyweights to clash later in the year when both are ready to go.

According to Jones, after such a long absence from the sport to get his body ready to compete at heavyweight not to mention some struggles reaching an agreement on the UFC with his contract, he’s willing to wait a little while longer if it means he’ll get the fight with Miocic.

“I’ve been training about three times a day for two years,” Jones said. Jones said, “I am this close to being able to wait a bit longer. It’s September .”

and I am excited.