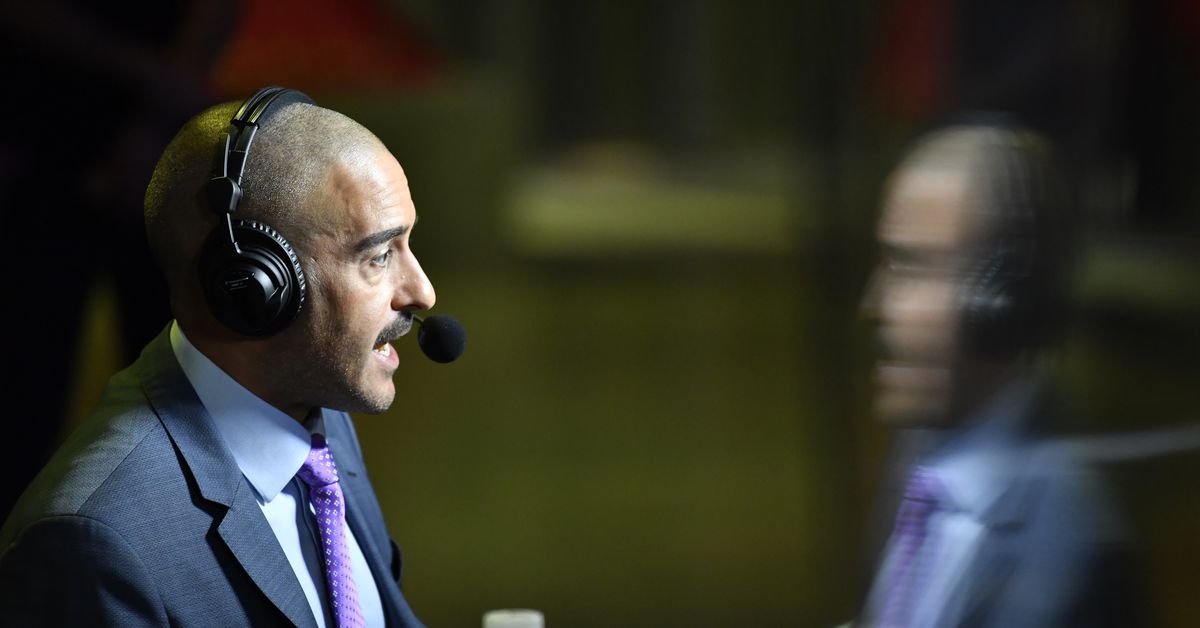 Jon Anik is so excited to see the grudge match between Colby Covington and Jorge Masvidal unfold, he’s putting out different psychological vibes into the universe.

The friends-turned-enemies battle between former teammates takes place in a five-round non-title fight in the main event of UFC 272. The card takes place March 5 at the T-Mobile Arena in Las Vegas, and in Anik’s eyes, the high-stakes matchup is giving off slight Khabib Nurmagomedov vs. Tony Ferguson vibes.

” “It has huge stakes in the welterweight Division,” Anik said to MMA Fighting during a recent interview. We’re going to get lots of clarity at 170 pound.

“I think it’s very interesting stylistically because a lot of people feel like Covington is gonna be a 5-to-1 favorite and has all the advantages in terms of where this fight is gonna take place. I like the fact that it’s gonna be in a 30-foot octagon at the T-Mobile Arena, and some people think I make too much of that, but I do feel like the little [cage] favors the grappler, so I think for Masvidal, it’s better to have this fight in a 30 footer.

“But yeah, man, it’s fascinating. It has many layers. If Covington gets a third chance at Usman, who is likely to face Leon Edwards next, this fight is one he must win. I believe the same can be said about Masvidal. I believe that whoever loses the fight will never fight again .”

Being around and calling fights for both welterweight over many years, Anik has seen Covington and Masvidal at their most friendly. Things have obviously gotten progressively more heated over the last few years.

As a lifelong fan of sports, the rivalry between the former interim champion and “BMF” titleholder is exactly what Anik is looking for.

“I get anxious when I’m asked about this fight, and in the best of ways as a sports fan thinking about these guys making the walk,” Anik said. A matchup that has heat — which there is most certainly — elevates everyone involved, including the fighters and the viewers. If you asked me if I would rather a fight be [with] the ultimate sportsmanship, hugging before the third round, or do I want them hating each other, I would certainly lead towards them hating each other.

” I’ve been seated next to Masvidal and Covington on an airplane, when they were buddies sitting together. These were not just good friends, they were brothers. This is a unique background .”