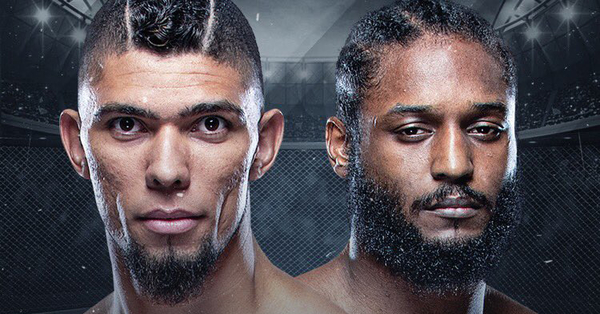 This weekend, UFC Fight Night 178, which will take place in Las Vegas (Nevada, USA) at UFC APEX, will delight MMA fans with several fights that could easily get into a paid card. Former UFC welterweight champion Tyron Woodley will take on former UFC interim welterweight champion Colby Covington in the main event, but that’s not the show’s only fight worth watching.

Once a hype light heavyweight prospect, Walker will try to redeem himself by taking on UFC undefeated Spann.

Walker began his career extremely rapidly. In November 2018, he made his debut in the UFC, and less than 4 months later, his record in the octagon was 3-0. During this time, he managed to knock out Justin Ledet with Misha Tsirkunov with lightning speed, and Khalil Rowntree was knocked out “only” at the end of the second minute of the meeting. Walker was considered one of the main contenders for the Jon Jones title, until Corey Anderson knocked him out in just over two minutes in November at UFC 244, and then in March, the Brazilian, without showing anything, lost to Nikita Krylov by unanimous decision.

Spann made his UFC debut two years ago and has since won every one of his four fights. He spent the last of them in May at UFC 249, where he defeated Sam Elvey on points with some problems. The biggest scalp in Spann’s career is António Rogerio Nogueira, who was knocked out by him last year.

Here we have a confrontation between fighters with very different styles. Walker aims to knock out his opponent, and he has done well in the past – 14 KO / TKO wins out of 17. If Walker is a pure striker, then Spann specializes more in submissions. Obviously inferior to the opponent in the stance, Spann can also hit hard.

Walker has good takedown defense, if he keeps the fight on his feet, then his chances of winning are very high. However, if Walker fails to finish the opponent in the first round, then, given his poor cardio, he could be in big trouble in the remaining time. We believe that Spann will hold back the early onslaught of the enemy, in order to then record another victory in the promotion to his credit.

Spann to win on points