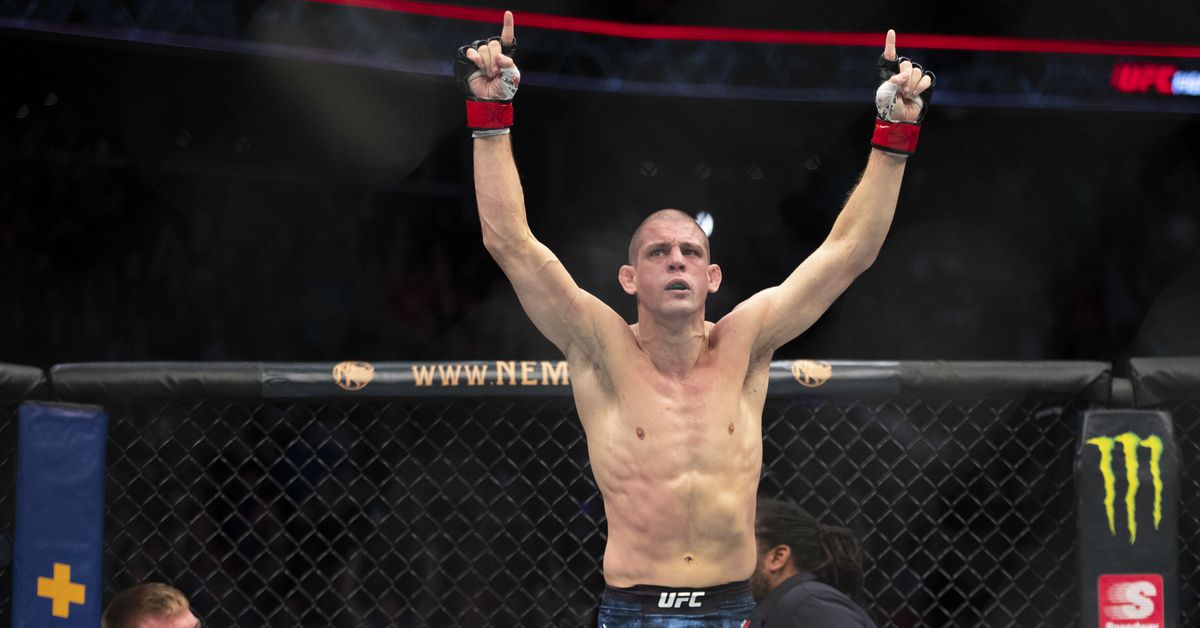 As Joe Lauzon prepares to make the walk for his 28th UFC fight on Saturday, he’s seen plenty of changes with the promotion over the years but particularly since the new owners at Endeavor have taken over.

Now change isn’t necessarily a bad thing but Lauzon admits it’s just different these days versus years past when he almost exclusively dealt with retired UFC matchmaker Joe Silva, who was the point man for virtually all athletes when it came to contracts, fight negotiations and any other issues that came up.

Silva is well-known in the industry for being brutally honest. This was an attribute Lauzon loved and was something he matched well while growing up at the UFC.

“Joe Silva’s like if you’re life depended on it, you could call him and he would pick up. He would definitely pick up if I called him now. Haven’t talked to the guy in three years probably but if I called him right now, he would pick up. Some people are like that. Sean is not the best sometimes, it’s a little bit hard to get a hold of him but again it’s a volume thing. He needs assistance, help, or an assistant.

While numbers can be overwhelming for anyone, Lauzon knows that fighting can cause the job of matchmakers to become more complicated. This is why he doesn’t like to make them feel so upset.

” There are so many fights taking place and fighters can be such divas,” Lauzon stated. Every fighter knows that their next fight will be the biggest thing in their universe. Sean is making 12 fights, or six fights, on any card. Whatever it may be, it’s all about the numbers.

“He wants matchups and everybody else needs to speak to their coaches. This I can understand. The same goes for me. Talking to my trainers, talking to my friends is important, but certain fighters can be really hard. That position is not mine .”

However, Lauzon is aware that Endeavor has made a significant change in the UFC’s business environment since the time Frank Fertitta and Lorenzo controlled it.

While both groups ended up making a lot of money with the UFC — the Fertitta’s cashed out after selling the promotion for just over $4 billion while the mixed martial arts organization has continued to serve as one of Endeavor’s most profitable entities — Lauzon knows the former owners had a style of their own when it came to taking riskier chances with no guarantees an idea might pay off.

” I’m not going to exaggerate this, but Lorenzo Fertitta purchased the UFC and he was a huge fight fan. He basically allowed Dana [White] to do what he pleased,” Lauzon said. Joe Silva was allowed to do what he liked. Lorenzo was the one who would say, “hey, we have this idea. It might not be the most business-friendly but it would still be great.” He ended up making some good money on it but initially he was just having fun with it, it wasn’t run like a super tight business. He was just doing it as a side business.

” Endeavor now owns the property and Endeavor is looking to make some money. The reality is very different. It is by the book, it’s math, it’s numbers and other such things. Billionaire Lorenzo would be like ‘it would be awesome to do, it makes no sense whatsoever but it would be awesome so we’re going to do it.’ It’s different now. It’s not going to stay the same .”

There are many more people working for the UFC, doing different jobs than those previously done by smaller teams.

One person in particular who Lauzon definitely misses is former UFC event coordinator Burt Watson, who was essentially a jack-of-all trades within the promotion.

If it sounds like Lauzon is complaining, that’s certainly not the case because there’s nothing wrong with the UFC making changes in order to grow bigger and as a business owner, the 37-year-old lightweight understands that concept all too well.

He also knows growth comes with benefits to the fighters, which is something that dramatically affected his bottom line from the first time he competed in the UFC back in 2006.

” My first fight at the UFC was with Jens Pulver. I fought for [$3,000] as well as [$3,000],” Lauzon. It’s almost like going to the UFC. It’s risen quite a lot. Sponsors and all other aspects are different. This is a media giant that the UFC really stands out as.

“Of course, it’s changed, it’s different. It would be terrible if it did not change. It wouldn’t exist today .”

if it stopped growing and didn’t evolve.