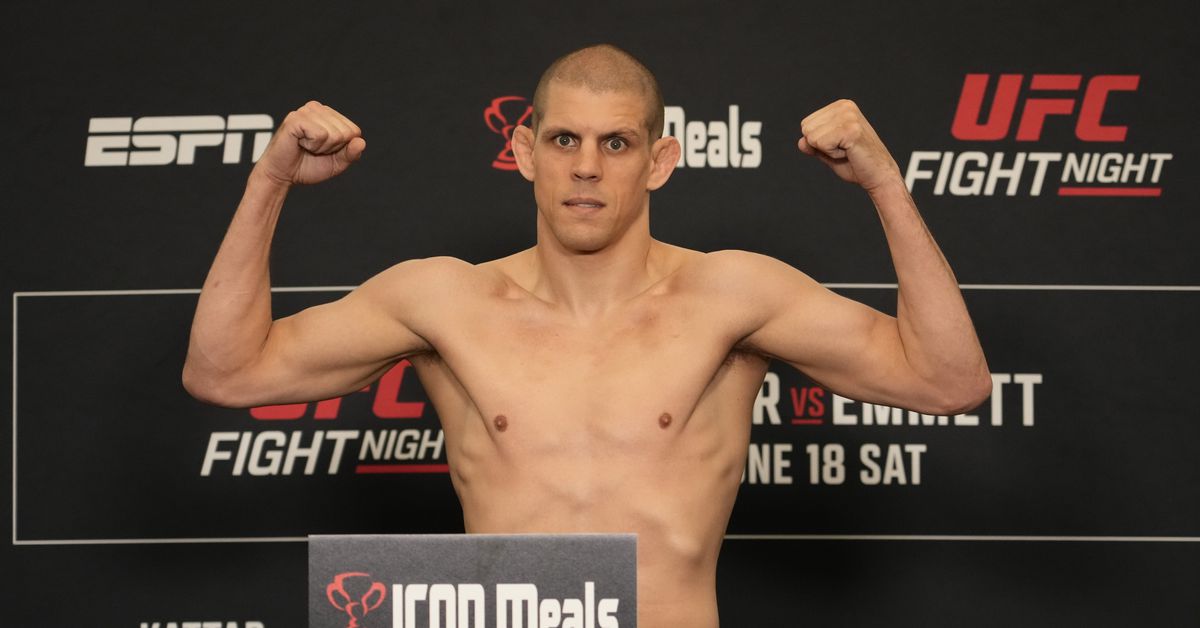 Joe Lauzon has given his explanation as to why he won’t be facing Donald Cerrone in the co-main event of UFC Austin, and it’s not what he, or most others, would expect.

Lauzon dropped a fight week video blog on his Instagram hours before the event is set to begin and explained that it wasn’t a weight-cutting issue or cramps as originally announced at the Friday’s ceremonial weigh-ins. It was a knee issue that occurred after he stepped off of the scale trying to take his flip-flops off and put on a pair of socks.

“I’m not going to fight Cowboy Cerrone tonight, Lauzon stated. “The freakiest weirdest thing ever: I weigh-in officially, I got sit down, and I got to put my socks on, I turn my knee out, and my knee locks out.

“I’ve dealt with meniscus injuries on both knees, but this knee in particular, had it cleaned out a bunch of times, but when it does lock up, I can usually straighten out, it unlocks, totally fine, 100 percent, immediately. This time, I’m now surrounded by all the fighters, commission, Cowboy’s in the room, I’m trying not to make a scene and let people know there’s not a problem with my knee. Eventually, I end up hopping on one of my cornerman’s back, acted like I was choking him like we were joking, but I couldn’t stand. I could not walk

Lauzon and Cerrone were originally supposed to meet at UFC 274 in May before the latter had to withdraw the day of the event with an illness.

The Massachusetts MMA legend clarified his reasons for not appearing in front of fans at ceremonial weight-ins, and also the sad state of the whole situation.

” The reason I didn’t weigh in was not because I had cramps. But, I can’t even put weight on my left leg,” Lauzon stated. “Literally, I can’t even stand. “I can’t even fight.

“This is heartbreaking because we’ve done a six-month camp. First, Cowboy can’t fight, now I can’t fight. Just absolutely horrible. I was perfectly fine and weighed in. My knee locked up when it came to putting on my socks. It’s too much for my brain to process.

” Now I am more worried about my ability to walk. How am I going to be able to put some weight on my knee? Not only is it about trying to win, but also trying to function .”

It would’ve been the first appearance for Lauzon since October 2019 when he stopped Jonathan Pearce in just over 90 seconds in front of a hometown crowd at UFC Boston. Lauzon stated that he would have an MRI when he returned to Massachusetts next week.

As heartbroken as fans might be, Lauzon is feeling it much more.

“Sorry Cowboy, sorry everyone else. This is .”