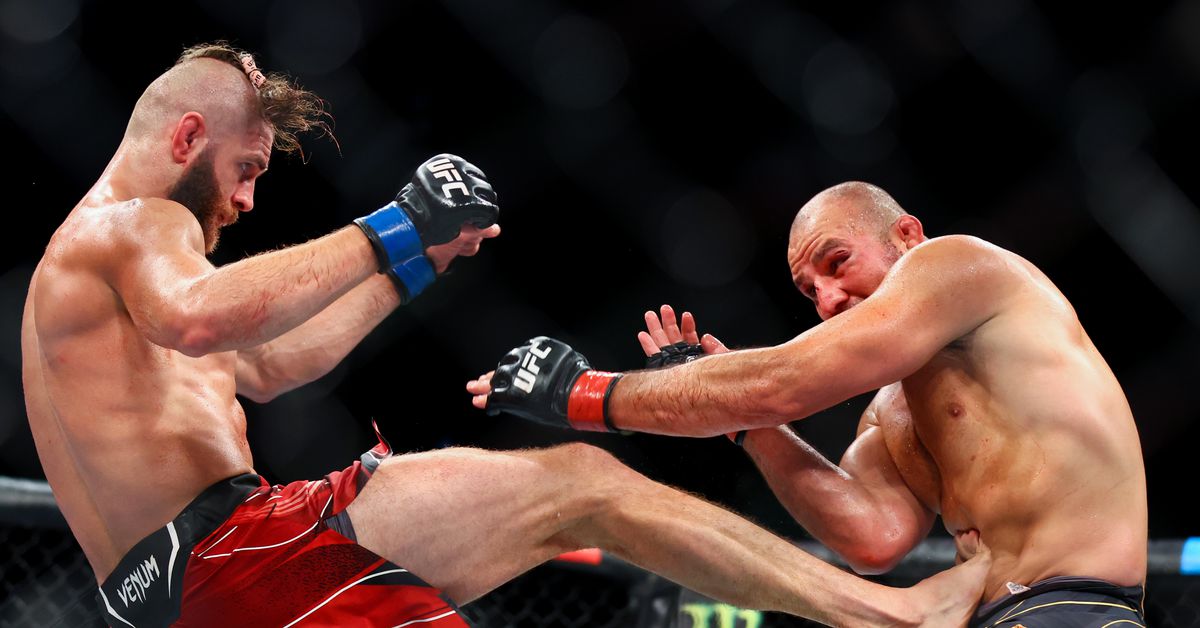 Jiri Prochazka removed the judges from the equation on Saturday.

The Czech star became the new UFC light heavyweight champion at UFC 275 with a shocking fifth-round submission of Glover Teixeira. That moment marked the conclusion of an endlessly thrilling title fight that saw Prochazka secure a rear-naked choke with just 28 seconds remaining in the main event.

According to the official scorecards, had Prochazka not forced Teixiera to tap, Teixeira would have left Singapore with the UFC title still around his waist.

See the cards below:

Teixiera was ahead on two of the three cards, with Ben Cartlidge scoring it 39-37 and Clemens Werner scoring it 38-37 after four rounds (Werner scored Round 3 a 10-8 for Prochazka). So even if Teixeira lost the fifth round (he appeared to be leading and less than 30 seconds away from a successful title), a 10-9 score for Prochazka would have resulted in a split draw (48-47 Prochazka, 48-47 Teixeira, and 47-47).

As it stands, Prochazka is now the new UFC light heavyweight champion after improving to 3-0 in the octagon with his 13th straight win overall.