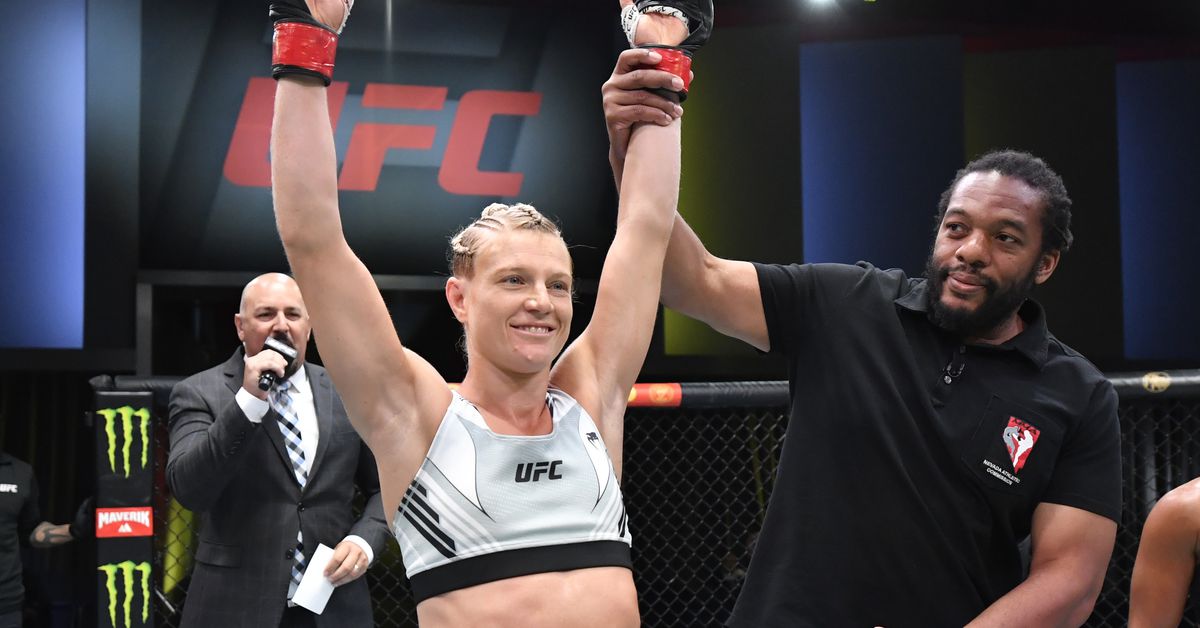 Manon Fiorot will still compete inside the octagon this month with a huge opportunity in front of her.

Fiorot had been originally scheduled to take on Jessica Eye at UFC 272 Saturday, before Eye suffered an injury. “The Beast” is 3-0 since signing with the UFC, including a pair of standing TKO wins over Victoria Leonardo and Tabatha Ricci. Fiorot displayed more skill in her last appearance to win a unanimous decision over Mayra Pueno Silva at UFC Vegas 40. This past October.

After dropping a unanimous decision to Valentina Shevchenko in her first title opportunity at UFC 255, Maia bounced back with a unanimous decision victory over Eye at UFC 264 this past July. The No. 6 ranked fighter in MMA Fighting’s Global Rankings wasn’t able to keep the momentum going as she dropped a decision to Katlyn Chookagian at January’s UFC Vegas 46 event. Maia has also signed a new four-fight deal with the UFC, sources confirm to MMA Fighting.

UFC Columbus will be headlined by a heavyweight contest between Curtis Blaydes and Chris Daukaus.