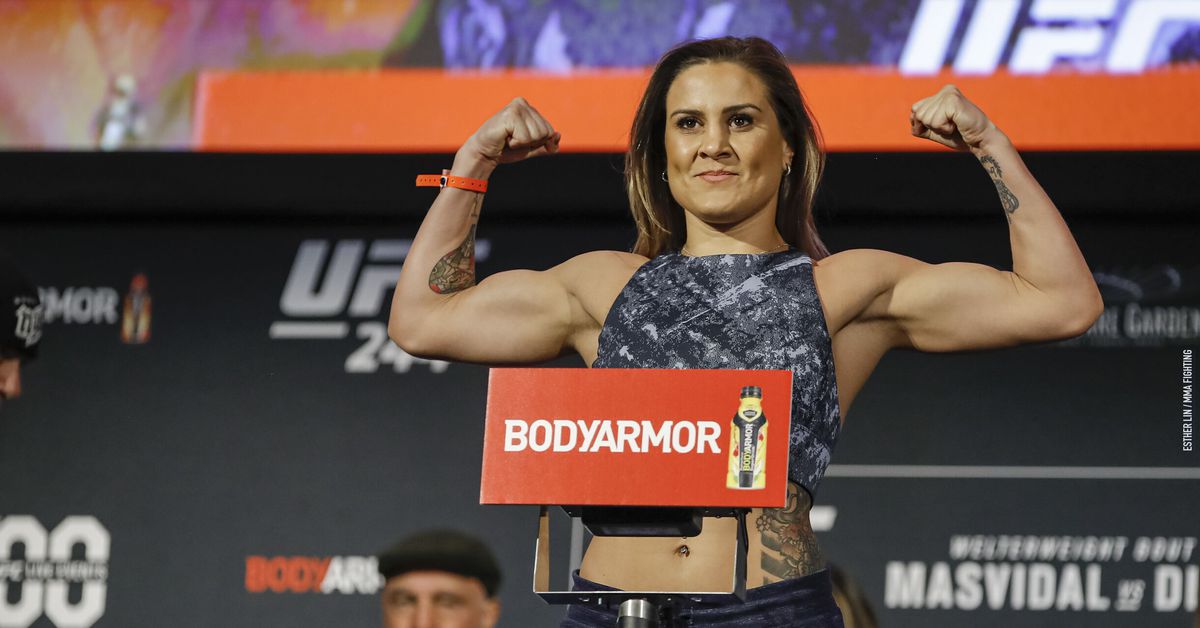 Ask and you shall receive.

Alexa Grasso tapped Joanne Wood this past March at UFC Columbus to secure her third straight victory and then voiced her interest in a clash with Jennifer Maia, who is down for the challenge.

Following Grasso’s statement to Hablemos MMA that Maia wants to fight her — the woman Grasso believes “has caused the most trouble to UFC flyweight champion Valentina Shevchenko” — MMA Fighting reached out to Maia to get her response.

Grasso is on a roll since moving up to 125 pounds, defeating Ji Yeon Kim and Maycee Barber via decision before her recent win over Wood. Maia, on the other hand, went the distance with Shevchenko in 2020 and rebounded against Jessica Eye before losing back-to-back fights to Katlyn Chookagian and Manon Fiorot in a span of two months in 2022 to drop her overall record to 19-9-1.

After a busy start this year, Maia said she could face Grasso in two months, but no later than September.

“I took that fight [with Fiorot] on three weeks’ notice, but that didn’t affect the result because I was well-trained,” said the 33-year-old veteran, a former Invicta FC flyweight champion. “I felt ready and let things go, but it wasn’t my day to shine and win, it was my opponent’s.”

“She went in there to score points and come out victorious,” Maia said of Fiorot. She didn’t interact with me. She fought like Katlyn Chookagian, running from the fight and scoring points to win.”