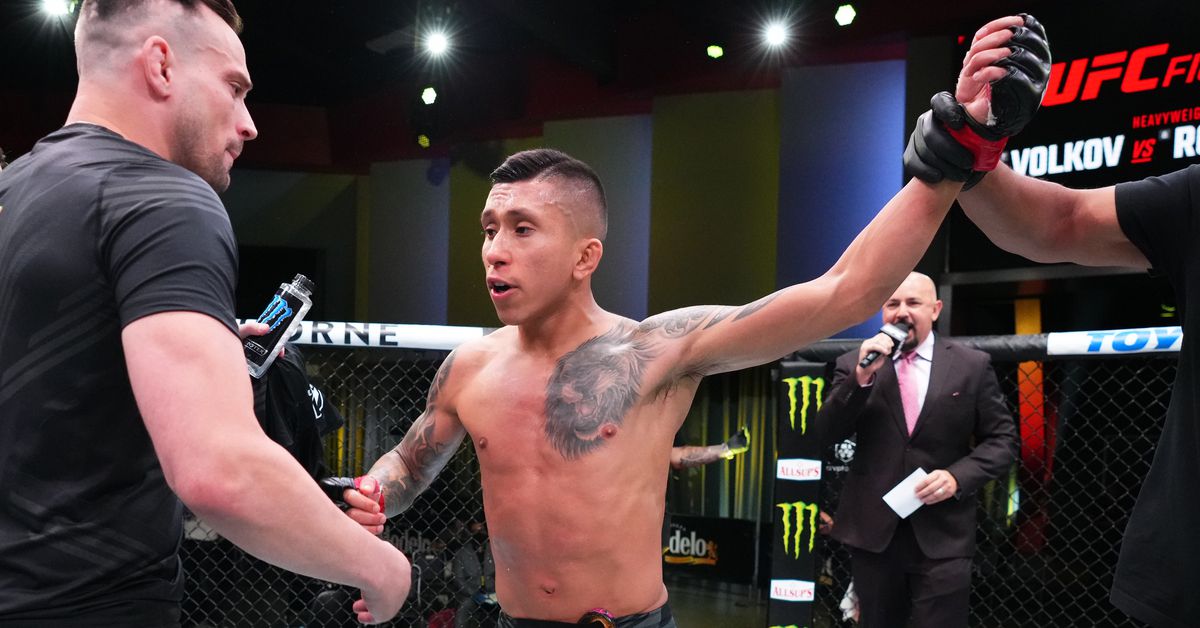 Molina won a split call over Zhalgas Zhumagulov during a preliminary flyweight bout at UFC Vegas 56.. “El Jefe” chose the option to customize his fight kit to help raise money for the LGBTQIA+ Center of Southern Nevada with 100 percent of the profits from sales of the UFC’s Pride Month t-shirt going to the non-profit organization.

The decision led to a large number of MMA fanatics attacking him via social media. This angered and shocked him.

“I picked the colors because I thought it looked cool, and then also it supports a good cause,” Molina told reporters following his victory. “I’ll support anything of a community that’s been oppressed and ostracized for some time for something they can’t help. Any of this I will support. It wasn’t that long ago that there was school segregation, and that was like less than a person ago, something like Stonewall, that was like 50 years ago. This is not a person’s history, it’s recent ***.

Molina improved to 3-0 inside the octagon with the split nod from the judges that even left the Glory MMA standout stunned after the third judge scored it 30-27 for Molina. Only one of the 13 journalists who scored the fight on MMA Decisions believed Molina had won it.

In the end Molina climbs the ladder, while learning from MMA supporters how ruthless they can be despite supporting what he did.

“Who the f*** cares, bro,” he said. “It’s not even about being an ally — I’m not saying I’m not — but it’s just like, just be a decent f****** person. Just be a decent human being. Judging someone, and then trying to justify it with religion, and saying all sorts of spiteful, hateful s*** is crazy to me. It’s mind-boggling.

“Who cares who someone wants to be with, their sexual preference, and then the irony of trying to justify it with religion of something that’s supposed to be so accepted, and I was honestly shocked [with the negative reaction].”