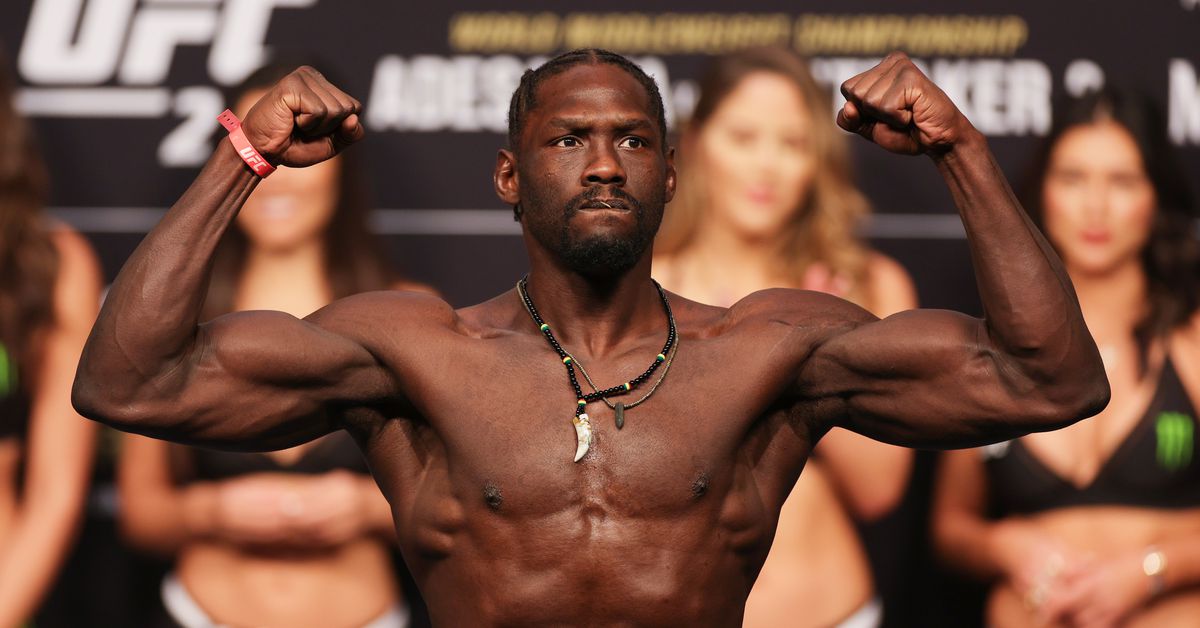 Jared Cannonier is exactly where he wants to be.

After a knockout of Derek Brunson at UFC 271, Cannonier is likely primed to face Israel Adesanya for the middleweight championship, and he has become a fighter that the promotion is invested in. It’s a stark contrast to the optics concerning Cannonier six months ago, when he followed up a win over Kelvin Gastelum by declaring, “I’m broke so I need to fight.”

Asked if he received any backlash for his comments during an appearance on The MMA Hour, Cannonier revealed that not only did his words generate little drama, he has already signed a new deal with the UFC.

“Not from nobody who mattered,” Cannonier said. Cannonier said, “If anything I received a new contract. So this is my first fight on my new contract. Gastelum’s fight was either the final fight of my contract or the second-to last fight. However, it was near the renewal deadline. I had already talked to my manager about that before the Gastelum fight, we could be potentially able to renew a contract and stuff like that, so this was the first fight on that contract.

“Everybody goes back to that and says that I was complaining to the UFC about my pay. I’m like, no, I would never complain to the UFC because I’m the one who voluntarily signed the contract. I didn’t have to sign any contracts. My only comment was that UFC should be paid as much as NBA and NFL athletes.

Cannonier called his pay increase “significant”, though he could not give a percentage of how much more on his current contract than his old one.

He said that he didn’t have a problem with the UFC compensating him. He just wanted enough to continue fighting and training full-time. His pay range is six figures, he said.

“I’ve always been comfortable,” Cannonier said. “Again, the thing is we only get paid when we fight. So you’ve got other guys out there doing all kinds of things, they’re a part of the rat race scrambling for money. They call it hustling, but I call it you’re on a hamster wheel. It’s all about perspective. I look at things differently than most other people. Training and fighting are the only things I do. It’s what I have always wanted to do. I could do other things and I have plans for my future, but at this point in time all I’m doing is training to fight. This is all that I desire and it’s enough to provide for my family.

“This was the reason I left my 6-figure job as an Alaskan pilot because the UFC pays six figures. It’s wrong for people to think, “He’s getting no paid.” But that is not the point of it. This is about my ability to care for myself and take care of my loved ones. I’m trying to attain sovereignty, independence, and all that kind of good stuff. My contract is in good hands and I am well-respected by the UFC. I’d like to be wealthy. I’m more famous than I am rich. I’d like to have more wealth than I already am. That’s why I would like to get to .”