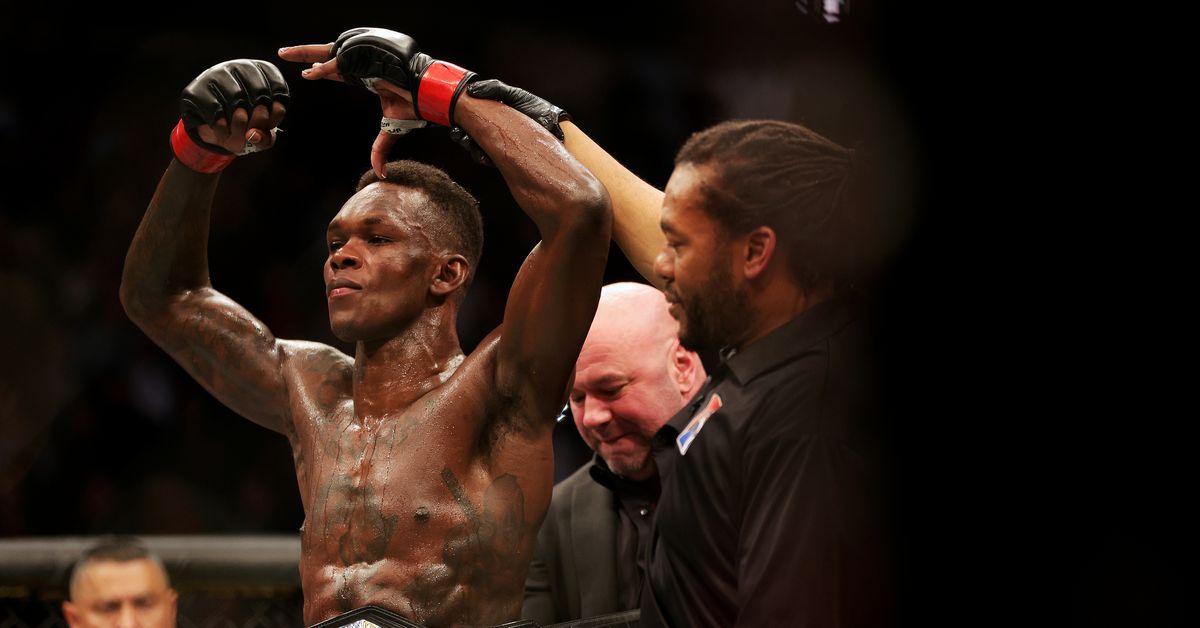 Middleweight champion Israel Adesanya has his next title fight secured as he’s booked face Jared Cannonier at the upcoming UFC 276 card on July 2 in Las Vegas.

The UFC announced the fight during Saturday’s UFC 274 telecast and it would serve as the main event for the UFC’s latest International Fight Week in July.

Undefeated at 185 pounds, Adesanya has vanquished almost every contender in the division including a pair of wins over ex-champion Robert Whittaker, which was his most recent fight. Outside of that, Adesanya has also defeated Paulo Costa, Marvin Vettori and Yoel Romero during his title reign.

Adesanya has long tabbed Cannonier as a potential opponent and now the matchup will finally come to fruition in July.

This will be the first time Cannonier has earned a shot at UFC gold after putting together an impressive 5-1 resume since moving to 185 pounds. Most recently, Cannonier dispatched Derek Brunson by second round knockout, which served as his second consecutive win in a row following a decision victory against Kelvin Gastelum.

Adesanya vs. Cannonier will headline UFC 276 with Alexander Volkanovski also set to defend his featherweight title against Max Holloway in the co-main event.