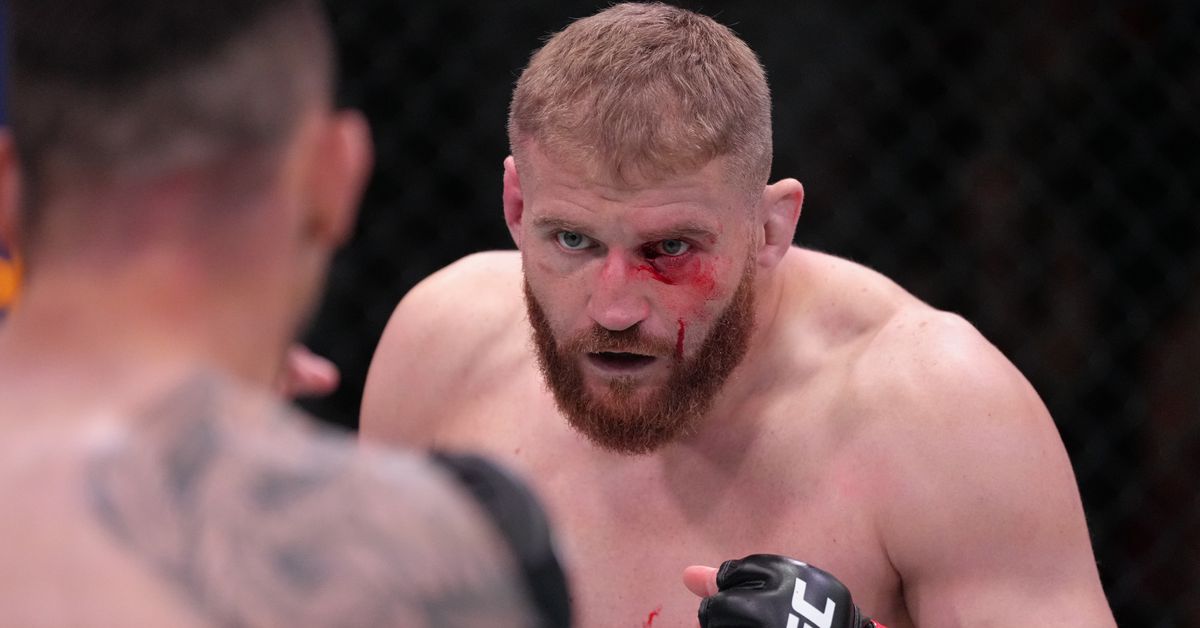 Jan Blachowicz is not happy Jiri Prochazka wants a rematch with Glover Teixeira.

Former champ Blachowicz on Monday called out the current titleholder, reminding him of his words about their potential fight and adding a jab about his code.

“‘Jan for me is the greatest challenge’-your words,” Blachowicz wrote hours later after Prochazka announced. “Respect you Champ, but the samurai code was not upheld.”

“Jan for me is the greatest challenge.” – Your words.
Respect you Champ, but the samurai code was not upheld.

Blachowicz is referring to an interview Prochazka gave after his “Fight of the Year” candidate with Teixeira at UFC 275. Prochazka actually said Blachowicz was “the most danger” for his reign as champion. He didn’t promise his Polish counterpart would become the next challenger.

“I think he can be the next challenger of me,” Prochazka said on The MMA Hour. But I must respect Glover. So one other [option] is to offer the Glover rematch, and the second thing is to fight Jan Blachowicz. Although I must make that decision, my manager and the UFC have to be consulted about the next steps .”

Prochazka announced his decision to the public on Monday. Although it is not known at this time which direction Prochazka is going, UFC President Dana White stated that a rematch immediately between Teixeira and the champ “absolutely makes good sense”, but did not commit to the idea.

Prochazka’s fight with Teixeira, which headlined UFC 275, was instantly hailed as a classic. In its immediate aftermath, Prochazka encountered an “aggressive” Blachowicz, who challenged him.

“It was a little bit friendly, and a little bit aggressive after I said, ‘Yes, OK, let’s go, you’re next,'” Blachowicz said. “He started to be aggressive because he saw the cameras. He tried to flex a little bit.”

Blachowicz recently returned to the win column with a TKO win over Aleksandar Rakic, who injured his knee in their May headliner at UFC Vegas 54. Previously, he was submitted by Teixeira to cede the UFC light heavyweight title.

Prochazka has swept through the 205-pound division, capturing the belt in three fights including two highlight-reel knockouts. His most recent defeat came by knockout at the hands of the now-retired Muhammad Lawal, whom he later stopped by TKO.