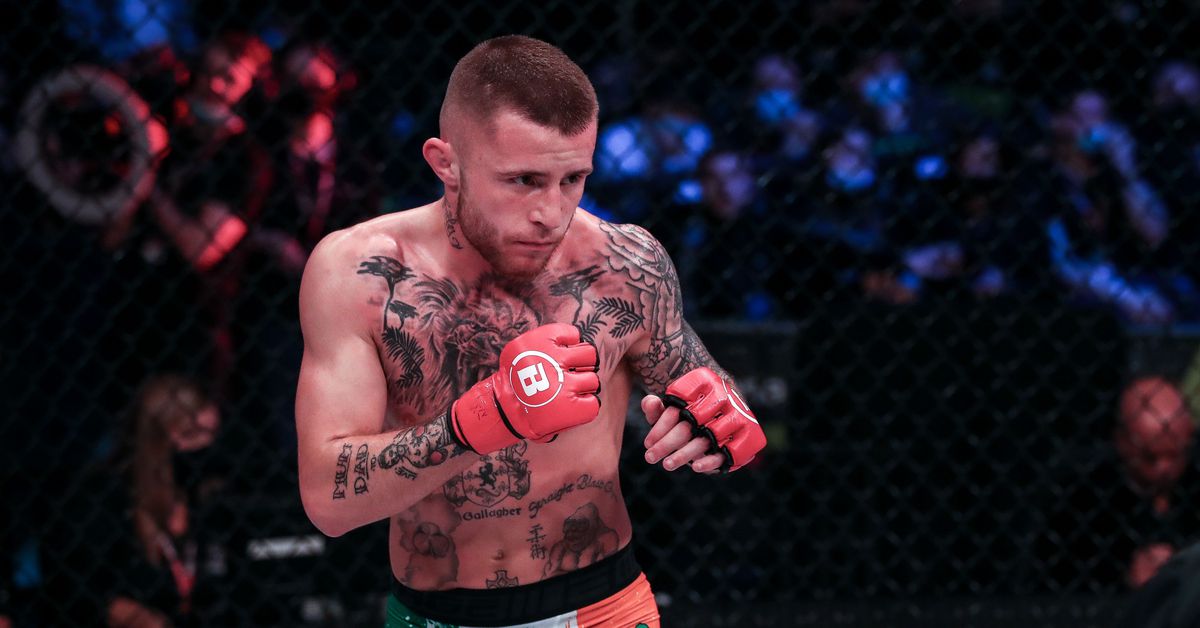 James Gallagher looks to get back on the winning track with a home date.

MMA Fighting confirmed with a promotional official that Gallagher (11-2) will fight Brett Johns (18-3) in a bantamweight bout at Bellator Dublin on Sept. 23. The matchup was first reported by Ariel Helwani.

Gallagher recently saw a four-fight win streak snapped with a third-round submission loss to Patchy Mix at Bellator 270 in November. Prior to that, the Irishman had rattled off four consecutive victories with three of those coming by way of first-round submission. This will be Gallagher’s fifth time fighting in Dublin under the Bellator banner.

In his most recent outing this past February, Wales’ Johns rebounded from a disappointing Bellator debut by finishing Khurshed Kakhorov in the third round via ground-and-pound TKO. The submission specialist signed with Bellator in 2020 coming off of a 5-2 run with the UFC.

Bellator Dublin takes place at 3Arena and is also scheduled to feature Yoel Romero vs. Melvin Manhoef in a light heavyweight bout, and Benson Henderson vs. Peter Queally in a lightweight bout.