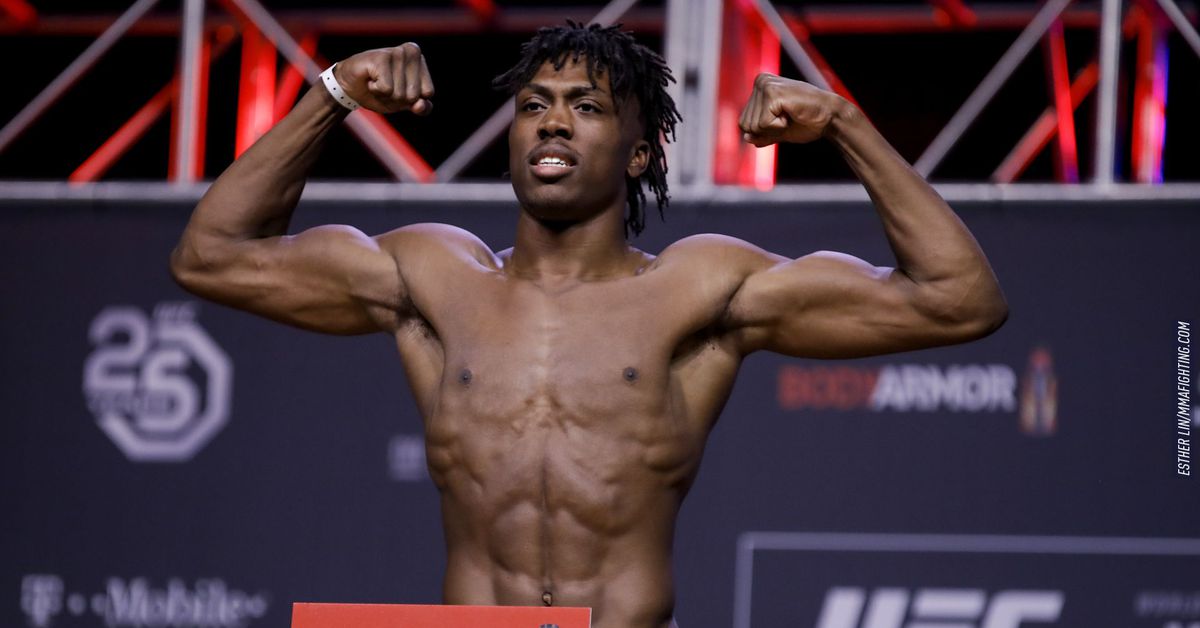 Michael Bisping knew it would be a tall task to deal with “The Spider,” so he called in “The Tarantula” for assistance.

Ahead of Bisping’s headlining clash with Anderson Silva back in 2016, the future UFC middleweight champion worked with Jalin Turner to prepare for Silva’s distinct style. Though Turner is a lightweight who stands a rangy 6-foot-3, he at least shared some physical similarities with Silva, a fighter that Turner idolizes.

Turner is currently one of the brightest prospects in the UFC’s 155-pound division and he recently appeared on The MMA Hour to discuss what it was like being in the opposing camp to one of his heroes.

“I was a hungry, young kid. I had to pay the bills,” Turner explained when asked why he accepted the opportunity.

“In the beginning, I was like, ‘Damn, I feel like I’m betraying my hero, my idol,’ you know?” Turner continued. “But at the same time I was like, ‘Bisping’s paying me, I can’t say no.'”

Bisping went on to defeat Silva by decision in a hotly contested fight that propelled him to his infamous short-notice title shot against Luke Rockhold. And three years later, Turner had his own run-in with Silva. At an event in Australia headlined by the middleweight legend and Israel Adesanya, Turner scored his first UFC win, a 53-second TKO of Callan Potter.

Turner did actually cross paths with Silva during fightweek, but he was not keen to geek out or approach Silva. Instead, Silva approached him and offered these words of wisdom: “The secret to love .”

It was a surreal moment for Turner, a former amateur wrestler who began his martial arts training in earnest working out of his backyard. Turner was able to spar with a friend who is more skilled and he learned from Silva.

“So I ended up training in my backyard,” Turner said. “I didn’t have a punching bag or anything. I had a couch. My couch was on its side. I would stand my couch up straight and use it as my punching bag. Anderson Silva, KwonKicker and Shane Fazen were my inspirations. I learned techniques from them. This is how I learned my striking skills, .”

Turner is on a 4-fight winning streak in the MMA’s most deep division. He is 5-1 in the UFC and all 12 of his pro victories have come by way of knockout or submission.

He defeated Jamie Mullarkey in the second round of UFC 272,. The event’s medical report listed Turner as needing further evaluation on his left foot, and his right knee. A possible six-month suspension is possible in the worst scenario. However, he stated on his injuries were not severe and he does not expect to miss too much time.

“I just got some stuff checked out,” Turner said. “I thought I was more hurt than I actually am. It’s okay. I just need to rest for a week. Then, I can get back into it. I’m thinking July.”