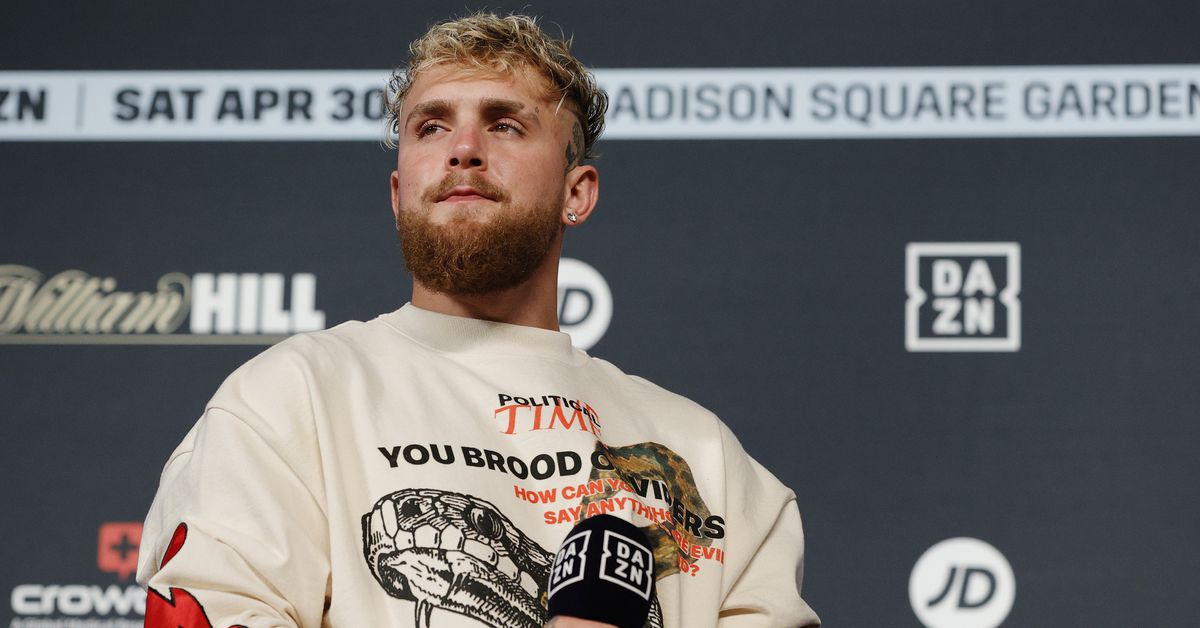 Jake Paul wasn’t the center of attention during the epic war between Amanda Serrano and Katie Taylor on Saturday night, but he still got drawn into a war of words with UFC superstar Conor McGregor.

The verbal melee started after McGregor took a sideways stab at Paul on Twitter, which earned a response from the 25-year-old social influencer turned boxer, who serves as Serrano’s promoter through his company Most Valuable Promotions.

the one who isn’t owned by Dana White

the one who made the fight you just watched happen

the 1 who got your hero Katie Taylor paid

Paul then addressed McGregor further at the post-fight press conference when he was asked for his response to the jab from the ex-UFC champion.

” I mean, Conor is watching to support Katie,” Paul stated. “We had a little bit of banter back and forth. He always seems to have something to share, but doesn’t seem to really have any place to speak.

“He hasn’t won a fight in five years. Dana [White] owns him, and I’m the one that got Katie Taylor a big payday and that’s his hero.”

To his credit, Paul did work hand-in-hand with Taylor’s promoter Eddie Hearn from Matchroom Boxing to put on arguably the biggest fight in women’s boxing history. Both Taylor and Serrano were able to sell Madison Square Garden in New York. They both reportedly earned seven-figure paychecks, which was unprecedented in their respective careers.

That said, Paul didn’t stop his tirade where when it came to McGregor as he continued to call for a fight against him, which is something he’s been asking for almost since he turned professional as a boxer in 2020.

“Conor McGregor’s not tall enough to ride a roller-coaster,” Paul said. I feel sorry for him. I’m avoiding him. We’ll get that settled one day.”

Despite Paul constantly asking to fight McGregor in a boxing match, it seems highly unlikely the bout will happen much less any time soon.

McGregor is currently under contract with the UFC, which means he would have to get permission to pursue another boxing match much like his historic showdown against Floyd Mayweather back in 2017.

Paul has other things to worry about. He plans to fight again in the ring late this year, with the Ohio native aiming for an August date.

Despite this, McGregor and Paul continue to be disillusioned with each other.