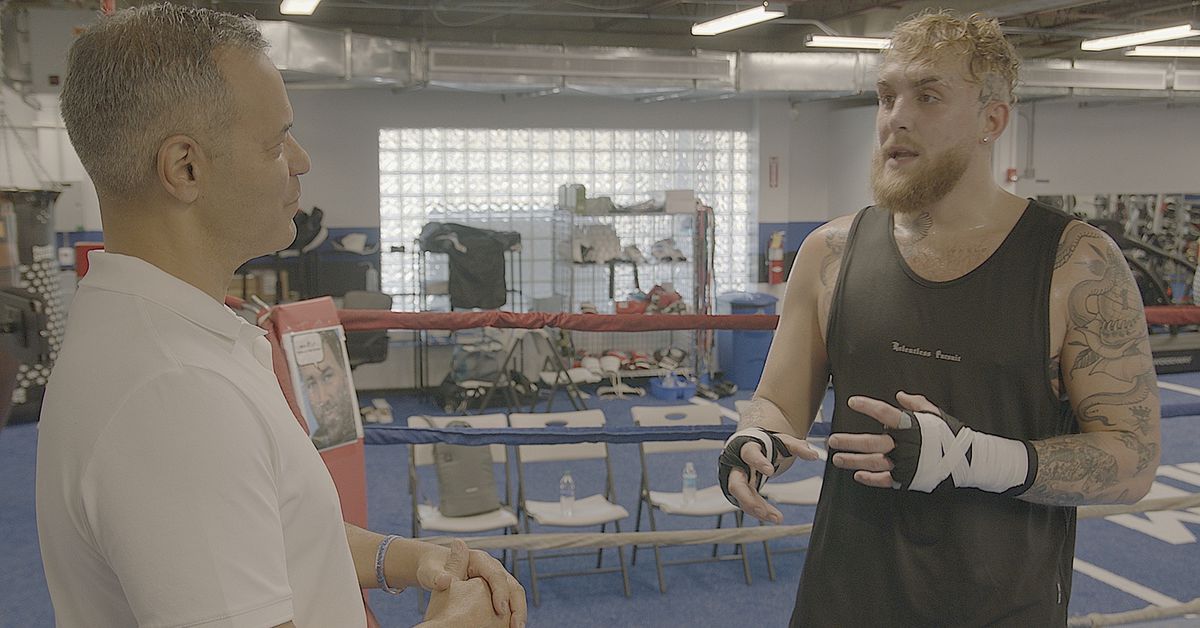 It turns out Jake Paul’s career actually ended before boxing eventually saved him.

Back in 2017, Jake’s older brother Logan Paul uploaded a video to YouTube during his visit to Aokigahara in Japan, which is a place known as the “suicide forest” due to its infamy as a site where many people have taken their own lives over the years. The video showed Logan and his friends after discovering the recently deceased corpse of a man who had hanged himself in the forest.

The video generated over 6 million views within 24 hours, but the blowback lasted far longer. Logan was heavily criticized by his followers as well as other celebrities and even politicians reacting to the cruel and insensitive nature of the footage shown online.

Despite having no involvement with the video, Jake still faced recourse for his brother’s actions — and suddenly his career was being threatened.

“I didn’t have anything to do with it, but it seems like ‘The Paul Brothers suck’,” Jake stated during an episode of HBO Real Sports on Tuesday. “I lost a $10 million deal that week.

“I was basically blackballed for 18 months from the industry. No auditions, no brand deals, no sponsorships. This was the most horrible moment of my entire life .”

Logan finally called his horrible judgment regarding the Japanese video that he had posted “the greatest blessing” of his life, because it helped him see that there are more valuable things than getting clicks online.

. @loganpaul tells @arielhelwani the backlash to his video from Japan’s Aokigahara forest was “the biggest blessing” in his life because of the personal growth that followed. pic.twitter.com/pOxOrly1GH

Both brothers Paul struggled to gain the fame they had enjoyed as social media influencers. Then, another set of siblings, YouTube stars, called them for a fight.

Video game enthusiast KSI and his younger brother Deji challenged Logan and Jake to meet them in the ring, and the event drew millions of eyeballs from a curious online fan base.

Jake won his fight in the fifth round by TKO. But the true impact of the event was that it was when he first fell in love boxing and bounced back from an incident that almost destroyed all he had created.

“Out of all the things we’d been through lately with my brother, the cancellation and everybody wanting us to fail, this was kind of like a “f***ing you” to the world,” Jake stated about his debut boxing bout. “You can’t beat me. I’m here to stay.”

Now 5-0 in his professional boxing career with four knockouts on his resume, Jake has essentially put all of his other endeavors to the side as he focuses on combat sports.

He relocated full-time to Puerto Rico, where he trains year-round, and the 25-year-old has poured even more resources into his company Most Valuable Promotions, where, alongside ex-UFC chief financial officer Nakisa Bidarian, they’ve begun building a stable of fighters.

Jake recently helped to set up a highly anticipated showdown between two of the top women’s boxers in the world, Amanda Serrano and Irish star Katie Taylor. Serrano will earn over $1 million for the fight, which is the most she’s ever earned for a single bout.

Aside from that, Jake plans to make his return to boxing in August, with an opponent yet to be revealed.

“I like to be realistic,” Paul said of his combat aspirations. I don’t believe that losing is possible. [I’m] unbeatable. One-punch knockout power is my strength. To get me out alive .”

, someone must fight me defensively.