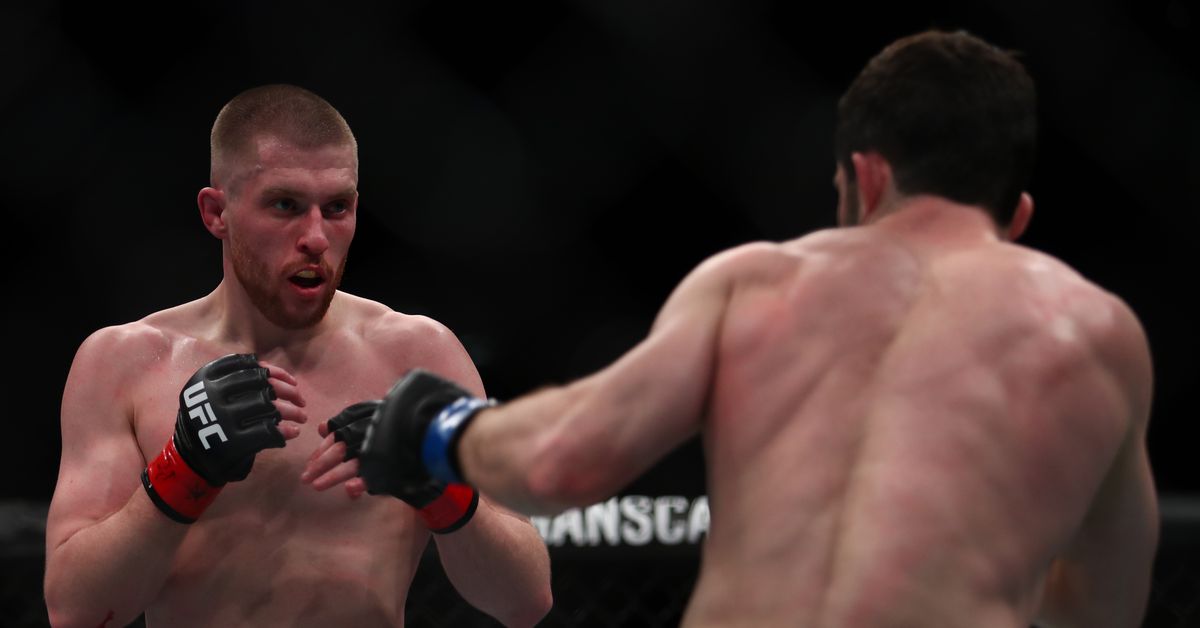 Bantamweight standouts Jack Shore and Ricky Simon will square off at a UFC event scheduled for July 16.

Multiple people with knowledge of the promotion’s plans confirmed the matchup to MMA Fighting after a report from MMA reporter Alex Behunin. The July 16 event’s city and venue have yet to be confirmed.

Welsh fighter Shore puts his unbeaten professional record on the line after his fifth straight UFC win in a bout against Timur Valiev at UFC London in March. The former Cage Warriors champ has made his way through unranked opposition and in Simon will face a fighter also inside the promotion’s top-15.

Simon has earned his spot with four straight wins that include a knockout of former title contender Raphael Assuncao at UFC Vegas 45. Overall, the Pacific Northwest native is 7-2 in the UFC with his only setbacks coming against top-tier fighters Rob Font and Urijah Faber.

A headliner for the July 16 event has yet to be confirmed.