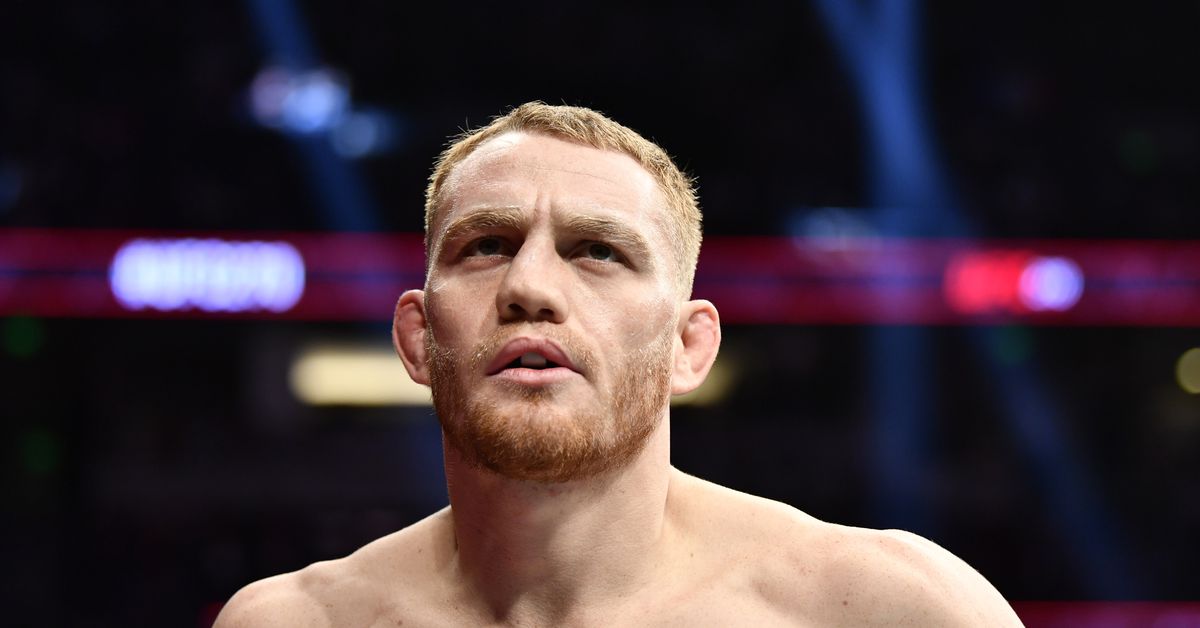 Fighting can be a brutal sport in many ways, and Jack Della Maddalena has the scars to prove it.

The welterweight prospect, who moved to 2-0 in the octagon with a second straight knockout at UFC 276, didn’t start his career with nearly as much momentum as he has now. The Perth, Australia native lost two fights to start his MMA career. His second loss resulted in a broken nose which essentially reshaped his face.

“I have a very bad nose,” Della Maddalena joked on Wednesday’s episode The MMA Hour .. It’s been smashed into.

” I believe it was in my second MMA bout. I got kneed straight in the nose and since that day, it’s been facing the wrong way.”

It turns out that loss ended up as arguably the most pivotal moment in Della Maddalena’s career, because at 0-2 after two fights, he was already at a crossroads about his future.

Despite the rough start, the 25-year-old fighter was determined to keep moving forward — and that’s when he made a pact with his head coach that he wouldn’t taste defeat again.

“I lost my first fight and then went into another fight and had lost two fights,” he explained. “My coach wasn’t there the second time around but we spoke on the phone, we thought I was better than being an 0-2 fighter and we made that pact to get to 10-2.

“It seemed like a massive goal at that stage to get 10 wins in a row, but we just slowly worked at it and made it happen.”

Della Maddalena kept his promise to win 10 fights in succession. His final victory came against Dana White ‘s Contender Series , which earned him a UFC contract.

In hindsight, Della Maddalena never doubted his ability to make it to the biggest mixed martial arts promotion in the world, but he can’t deny things would have gone much differently had he somehow dropped to 0-3 in his career.

” You definitely feel a bit doubtful that this sport is right for you,” Della Maddalena stated. “If I had gone 0-3, I probably wouldn’t be sitting here. It’s all about getting the first win, then moving on to the next. It’s a slow process but I still love the sport. I love training, and my coach put a lot of confidence in me that we could get to 10-2. We just stuck to it.

” There was some pressure [for that third fight],, but nothing was different from any other fight. It was just at that point when you’re locked into a fight, I don’t really think about all the extra pressure and all that. It’s all about completing the task. I try to focus on the task at hand. There is no extra pressure. However, even though I know that if I lost the fight I would probably not be here now. I also wouldn’t consider .”

Now 12-2 in his career, Della Maddalena has quickly become a name to watch at 170 pounds as he moves forward with plans to compete at least twice more in 2022.

He’s often talked about seeking out the toughest possible opponents the UFC could give him, which is why Della Maddalena would be excited if his next fight came against somebody already ranked in the top 15.

“I always want to fight bigger and better competition, to be honest,” Della Maddalena said. I like anyone who is better than me. If that is a possibility, hell yeah I’d be into that. If I could get a top-ranked man, I would. If I could get a top-15 guy now, I’d absolutely be on the moon.”

As far as the mangled nose is concerned, Della Maddalena plans to address it as well. However, this won’t happen for several more years.

” I am going to fix it one day,” Della Maddalena stated. But I was thinking, “But what the use of fixing it now when it’s my job to punch in it?” But I will get it fixed one day.”