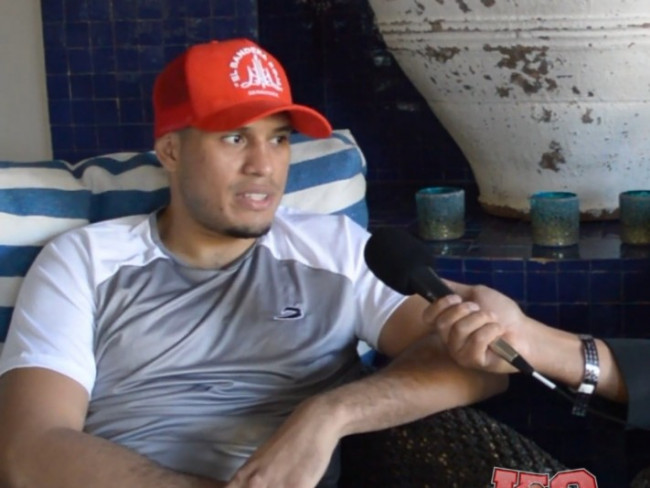 Former world middleweight champion (up to 76.2 kg) American David Benavidez (25-0, 22 KOs) had a conversation with a local blogger.

AT
interview the unbeaten fighter spoke about the reluctance of the absolute champion of the second middleweight Mexican Canelo Alvarez (57-1-2, 39 KOs) to take the fight against him, commented on Canelo’s Saturday fight against the Russian WBA Super light heavyweight champion (up to 79.4 kg) Dmitry Bivol (19 -0, 11 KOs), and also spoke about the unification duel Artur Beterbiev – Joe Smith Jr.

“I asked Canelo at the press conference who is the bigger threat: Beterbiev or you…

What do you think of his answer?

“Obviously he doesn’t do me justice at all. He says that I can’t offer him anything at all. But in the end, they offered him 55 million plus PPV to fight me. Do you think it’s nothing? I mean, if I was a nobody, then why was the promotional company trying to give Canelo $55 million to fight me? I think it just speaks for itself. This is the fight everyone wants to see.

It pisses me off when someone tries to somehow humiliate me. I am a two-time world champion, the youngest super middleweight champion in history. And I’ve been in boxing since I was 2 years old. So I’m making an effort. That’s why I want to get fights with good fighters and beat all the other guys. Because once I beat them, no one can take that away from me.

What is your opinion on the Canelo-Bivol fight?

Bivol is a great fighter, Canelo is a great fighter. But Bivol is not only a good boxer, he is a strong fighter, he has great power. I know this personally because I sparred with him. I want to see how the fight goes. This should be a great fight. And also Beterbiev – Smith. It’s a fucking bomb. I am looking forward to this spectacle.

– Will you watch this fight because you are thinking about moving to 79.4 kg?

– Certainly. Joe Smith is very tough and tough. And you know, he also has a nice beard. I don’t know if you watched his fight with Bivol. He landed some good shots. He shook Bivol in one of the rounds, but Bivol tore him apart by the end of the fight. So let’s see. But Joe Smith always comes back. He does work on mistakes and becomes stronger. He also has a lot of experience. He clearly has more experience than Beterbiev because he fought Hopkins, Alvarez, Bivol. He fought many great fighters. Therefore, I think it will help him in the fight with Beterbiev. Beterbiev is also a monster. I’m looking forward to. They both can lose.

Especially if you saw Gorski (Gvozdyk) or like him when he fought Beterbiev – he had a lot of success with his combinations. He just didn’t have the strength. I sparred with him and he has no power at all. Therefore, seeing how he delivered blows to Beterbiev makes me think about moving there. Because I know that I have a lot more power than he does. So I will definitely watch and study.