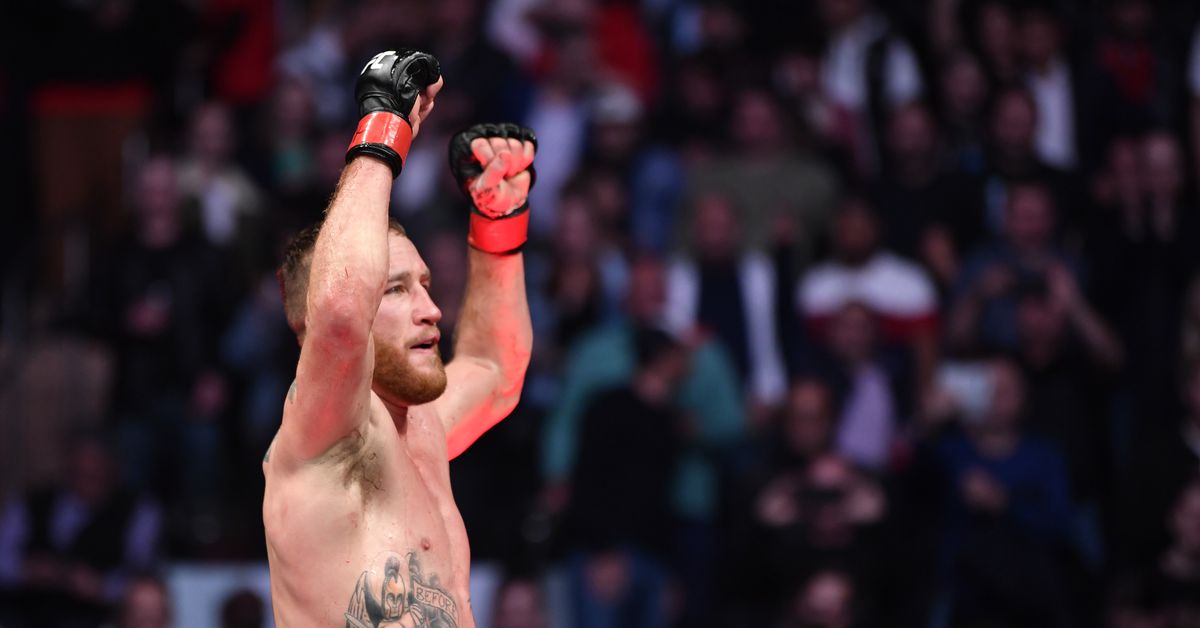 Israel Adesanya, like most, is intrigued by the main event for Saturday’s UFC 274 fight card.

The reigning and defending UFC Middleweight Champion took to his YouTube channel for a breakdown of the UFC’s next pay per view event. It will be in Phoenix, Ariz. with the lightweight title up for grabs in the main show between Charles Oliveira (previous interim champ) and Justin Gaethje.

Unsurprisingly, Adesanya is a fan of Gaethje’s style — most notably the performance “The Highlight” put on at UFC 249 against Tony Ferguson to capture the interim title in May 2020 — and feels the challenger has weapons that could potentially make it a long night for Oliveira.

“Gaethje’s leg kicks are definitely a key to this fight,” Adesanya said. “[In the] grappling, Gaethje can wrestle, he can scramble, I’ve seen him, but he’s not going to do that. He will fight Ferguson the same way. Take your time and don’t hurry. Gaethje hits… everybody hits hard, but Gaethje just snaps you. I still remember the way those were sounding against [Ferguson]. It was nasty.

” If [Oliveira] is hit often, it’s not possible to take in too many. You have to be able to give it back and be able to go to war.”

Oliveira captured the title in May 2021 when he stopped Michael Chandler in the second round at UFC 262. To retain his title, “Du Bronx”, who was defending his championship in May, submitted Dustin Poirier during the third round of the UFC 269 main event. This allowed him to keep his streak of wins to 10.

Adesanya did not make an official selection, but he advised Gaethje that he must remain focused no matter what success he has against the ever-dangerous lightweight champion.