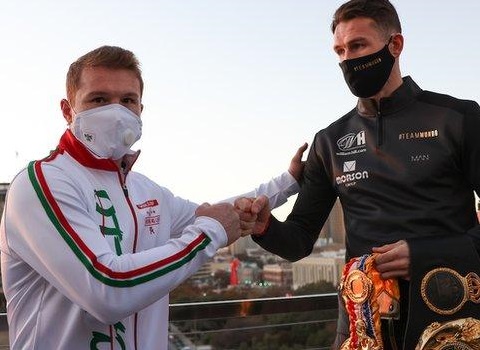 British ex-world super middleweight champion Callum Smith, who parted ways with the title at the end of 2020 after a crushing defeat on points from the Mexican Canelo Alvarez (57-1-2, 39 KOs), does not believe that the outcome of Alvarez’s upcoming fight with the WBA Super champion in the light heavyweight category by Dmitry Bivol (19-0, 11 KOs) is a foregone conclusion before the boxers enter the ring.

Callum is confident that Bivol can at least make the fight very hard for Canelo.

“I think it will be similar to some of Canelo’s previous fights where he has to go into action almost from the start and then finish strong and win on points,” suggested Smith. – This is a good fight, and Bivol is a good boxer, whom many undeservedly write off. In the meantime, it will be stylistically effective and Canelo will have to work really hard to get the job done.”

“Bivol is very smart, and who knows, maybe in this fight we will see the best version of him. Nothing is predetermined. It is possible that Canelo will have to stop him altogether in order to win, ”the Briton admitted.