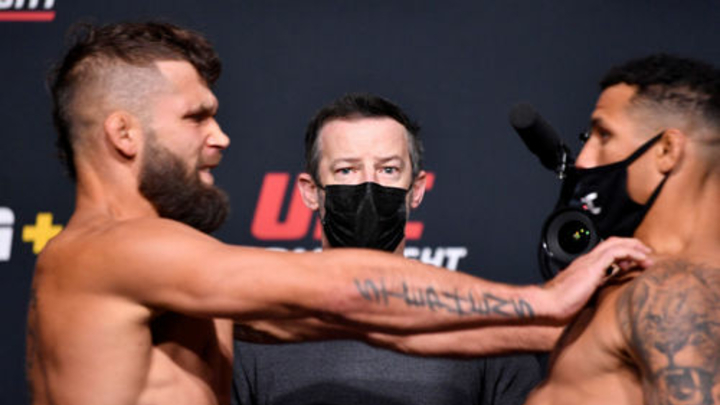 On the night of April 17-18, Las Vegas hosts the UFC on ESPN 22 mixed martial arts tournament.

In the co-main event of the tournament, Jeremy Stevens and Drakkar Klose were supposed to meet, but the fight was canceled. According to the source, Klose was injured as a result of a skirmish between the fighters at the official weigh-in ceremony.

Details of Klose’s injury have yet to be released.

Tonight’s Jeremy Stephens x Drakkar Klose fight has been canceled, per the broadcast.

Klose suffered an injury as a result of this push at yesterday’s official weigh-ins, per sources. Specific injury details not disclosed at this time. pic.twitter.com/ImbpMQxHur

Morning Report: Paddy Pimblett fires back at Jake Paul: ‘He’ll never have it with someone on an even playing field’

Updated “pound” from vRINGe: Estrada returned to the top 10