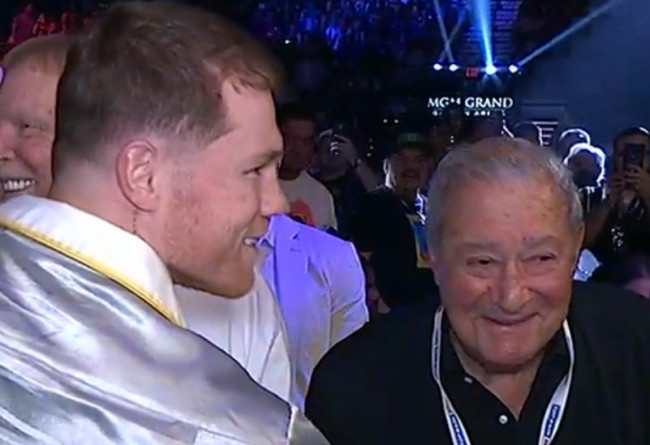 In 2019, the Mexican only fought in light heavyweight: knocking out Sergey Kovalev and taking the WBO belt there, which he soon abandoned and went down to 76.2 kg.

“I think Canelo is something special. Bivol is good, but I’m leaning towards Canelo. He’s a warrior with a tough trainer in Eddie Reynoso. I think it will be too much for Bivol, who, in general, is not a puncher. Although he is a competitive guy who has some good victories,” said the Little Giant Boxing functionary.

If everything goes the way Arum hopes, he hopes to bring the winner of the fight Artur Beterbiev vs. Joe Smith with the winner of Canelo vs. Bivol.

“Canelo first needs to take care of his business against Bivol. He is obliged [затем] fight Golovkin, so we will talk about May 2022 for a possible unification at 175 pounds,” said the head of Top Rank.

Previously, the tough veteran Donaire explained why Bivol is extremely dangerous for Saul, who revealed the plan to fight Bivol.