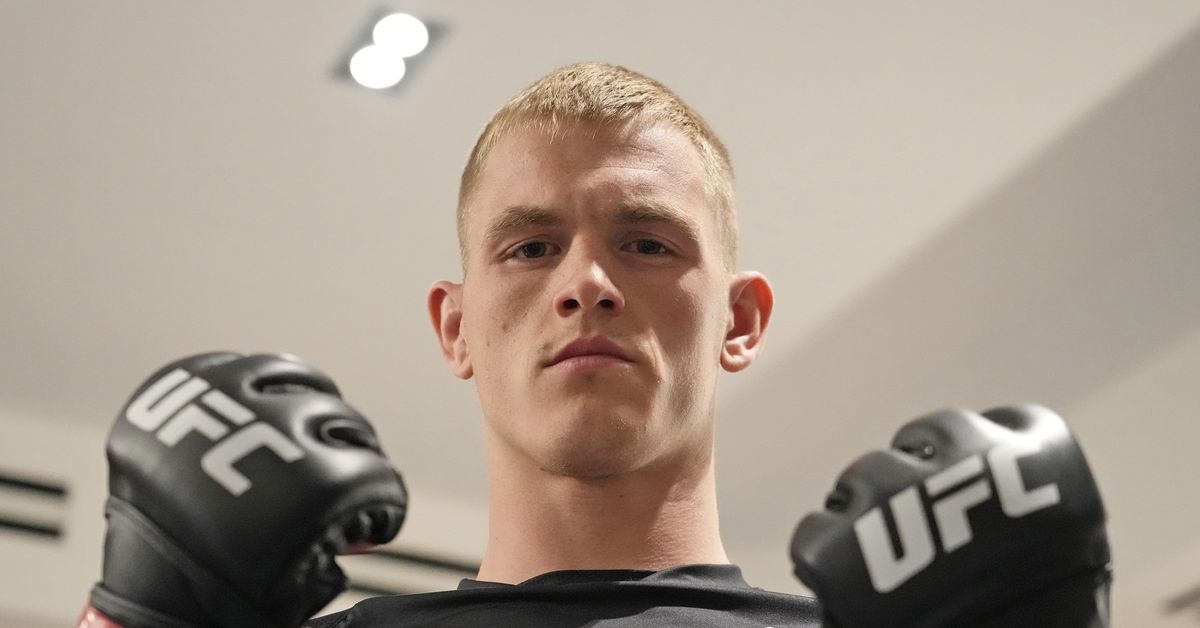 Ian Garry was in transit from UFC 276 when his strength and conditioning coach hurriedly waved him over to show him a tweet. Conor McGregor had just given him a glowing endorsement.

Ian Garry was incredibly impressive this weekend. Fully immersed in it all. Enjoying every second. Willingness and ability to commit. The Potential for another “future” Irish mma ufc champion rose by a real nice margin this weekend. Congratulations Ian! Keep going, brother!

“It is obviously phenomenal,” Garry stated Wednesday on The MMA Hour . “No matter what he says about me or anything to do with my career, it’s always going to be amazing. I mean, I got a f****** tattoo on my arm because of the guy, to symbolize the whole weekend.”

The ink was his response to the former two-division champ calling him a “daisy” – meant as a compliment when someone is a “little star” – after his UFC debut ended in a first-round knockout win at UFC 268.

The 24-year-old welterweight owes much of his inspiration for starting MMA to McGregor, who’s rounding the bend on a long and difficult recovery from a broken leg suffered at UFC 264. McGregor hopes that their mutual admiration will lead to a training partnership and co-starring Pay-Per-View events.

” To have the man who has done more to create this sport – he changed MMA and brought more people to it – he holds all records in pay per-views,” Garry stated. “At weigh-ins, having 15,000 people at a weigh-in just to watch a guy stand on a scale is ridiculous. But to have him say something like that in regards to me is phenomenal.

” And he is right. I am going to be a champion, and it is inevitable. I know that, and the fact that even he’s seen that now, it’s awesome. It means everybody else has seen it, too. And I know how good I am and I know how good my potential is, and I’m going to get there.”

Green promised that he would burst the hype bubble of the young Irishman and employed a high pressure strategy to keep him on the backfoot. Garry however, fought back brilliantly and took control of the fight’s momentum. At the end of 15 minutes, he had swept the scorecards with 30-27 tallies.

” “It’s the same thing over and over again,” he stated. “It’s recycled at this point – ‘I’m going to take his 0. He’s going to lose. I’m going to be the guy that shows the world he’s not as good as he thinks he is.’ Well, actually, I’ll tell you this right now: I’m better than I think I am … and the whole world’s going to see it.

“Everyone in the MMA world saw my potential and realized that I have so much to offer. That’s the exciting thing .”

Garry doesn’t know when he would like to be back in the Octagon. Given Green’s three-rounder, and Green’s beating of his shins, a fight before the year is logical. That may coincide with McGregor’s comeback, if UFC President Dana White’s timeline holds.

“I can’t wait for me and him to get on a card together, whenever he’s back,” Garry said. “That would be massive for the Irish as well. That’d be massive for me. It would be a dream come true to share a card with the guy who inspired me to do this, to follow my dreams. I’ve always had a violent mind and a way to show that off, and MMA is that perfect place for me.”

Garry is yet to hear from McGregor – McGregor, an Irish MMA fighter, has been jetsetting all over the globe and running multiple businesses as well as preparing for his return. But the up-and-comer has the ex-champ in mind – on a mirror in his house, he wrote, “go with venom” from a McGregor voice message following his debut.

Garry means that you throw everything at your opponent, and make every shot count. This is McGregor at his very best. Garry is eager to learn from McGregor.

“He said that he has a violent brain. “I want to show the world that violent mind, because it’s beautiful. It’s not about striking someone one time, but it’s all about the combination. One-two-head kicks, low kicks, knees are some of my favorite combinations. It’s about that beautiful combination of where you go, ‘How did he do that?’ That’s what I want.

“And I want blood pissing out of all angles of someone’s face. Broken bones and broken noses are what I desire. It feels like I can get that .”

just by talking to him.