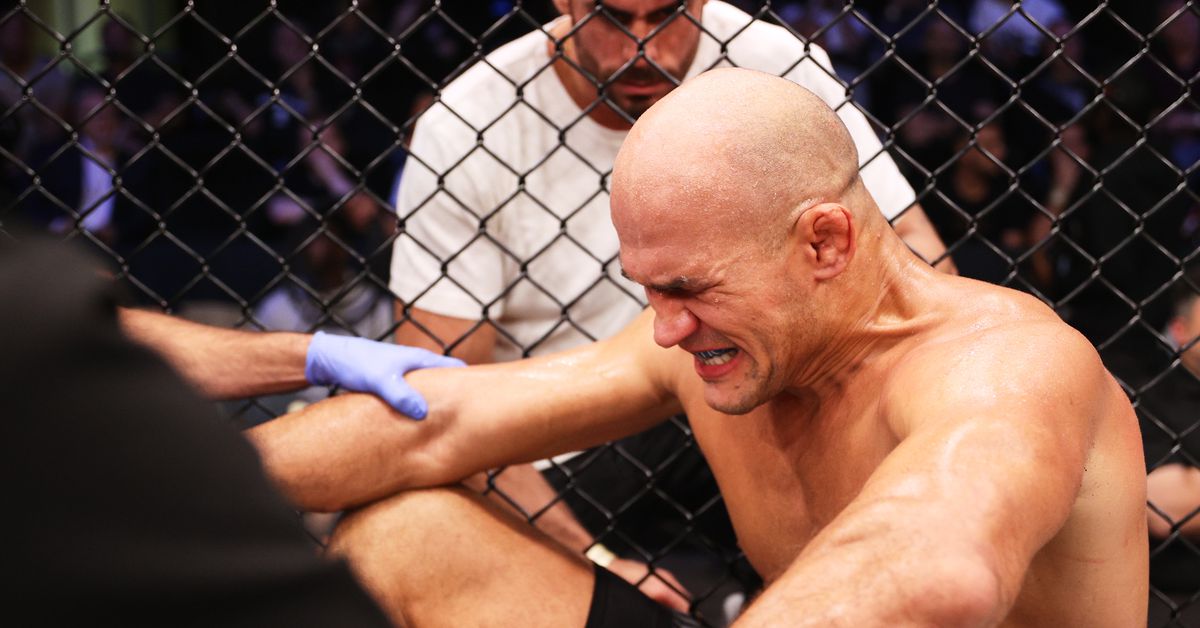 Junior dos Santos is moving on from the disappointment of his Eagle FC debut.

The former UFC heavyweight champion lost to Yorgan De Castro on Friday night at Eagle FC 47 in a fight he was likely winning before a third-round shoulder injury rendered him unable to continue. It was another unlucky break for dos Santos, who was competing for the first time outside of the UFC since 2008 and has now lost five consecutive bouts.

Dos Santos addressed the difficult setback over the weekend with an update on social media, explaining that his shoulder is now “back into place” and that he felt better in the cage against De Castro than he’s felt “in a long, long time.”

“My shoulder is back into place,” dos Santos said on Instagram. In this situation, there is no pain. Already, I spoke to my doctor. We’ll do some tests and determine the best way to fix this problem as quickly as possible. But before going to bed, I would like to share with you guys that I was feeling so happy. I was feeling very good during the fight, like I haven’t felt in a long, long time.”

Despite his injury, dos Santos received ample praise from his new promoter, Eagle FC president Khabib Nurmagomedov, who described the Brazilian as “looking amazing” before the unlucky turn of events. Nurmagomedov said post-fight that he believes a potential co-promoted bout against Fedor Emelianenko with the help of Bellator MMA is “still viable” despite dos Santos’ loss, and that he’d like to do the fight at the end of 2022.

Nurmagomedov stated that he will meet with Scott Coker, Bellator’s president this week in order to talk about the possibility of a cross-promotional matchup among the heavyweight champions.

You can read the complete post-fight statement of Dos Santos below.

“Hello guys! I am home. After I finished my shower and had dinner, it’s time to go. I feel my shoulder back in place. In this position like this, I’m not feeling any pain. I already talked to my doctor, we’re going to do some exams and figure out what’s going to be the procedures to get this thing better as soon as possible. Before I go to sleep, however, I want to tell you that I felt so happy. I felt like I hadn’t felt this good in years. It was great. It was good because I was able to deliver everything that I worked for. The hard work we put in the gym, I was able to bring inside the octagon on the day of the fight, and things were working good for us until we had this injury.”