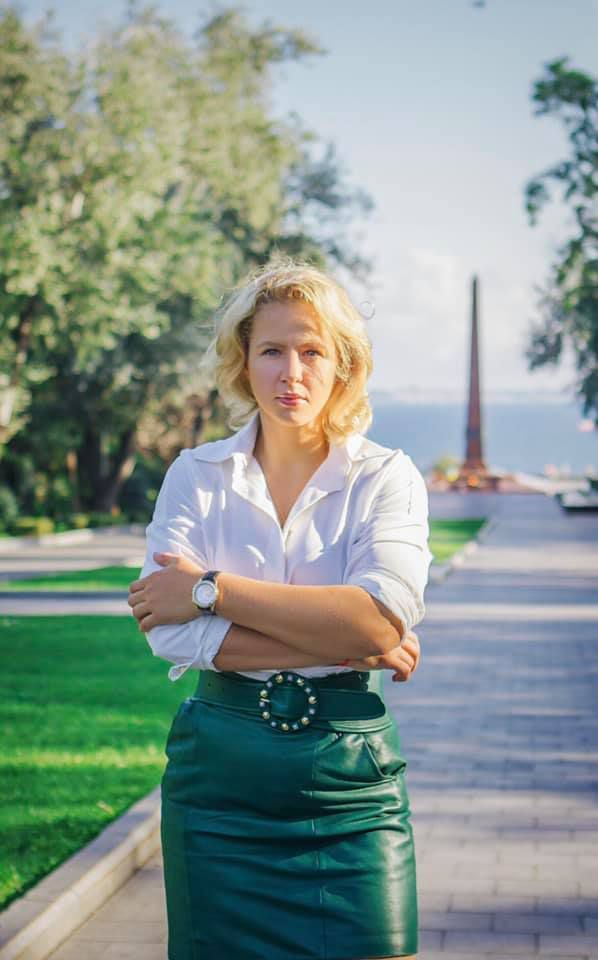 On Feb. 24, after months of wondering if it would get to that point, Russia began its launch of a devastating assault on Ukraine, which had declared independence from the Soviet Union in 1991. Things had been boiling over for decades. In what turned out to have been a disaster for Ukraine, thousands of civilians in the country have died since then.

While many Ukrainians believed this could happen, others stayed positive with their hopes. One of those individuals was PFL lightweight Olena Kolesnyk, a competitor preparing to begin her 2022 season for the promotion, who had her world turned upside down in an instant.

” I feel as if I’m in a horror film and I don’t know when it will end.

Kolesnyk, with the help of friends, coaches, and teammates, was able to travel from Ukraine to Las Vegas to continue training for her chance at a PFL title, and $1 million — money that could change her life, not only for Kolesnyk, but for her family.

The 32-year-old went to bed on Feb. 23 like any other night, with thoughts of getting ready for the next morning: Wake up, prepare for the day, train, etc.

“When war broke out, I was in Kyiv. “I heard the alarms and I couldn’t believe it, and people started to call me at 5:00 a.m. — my parents, my friends, [people] from my hometown — saying, ‘Helen, war has started.’ How? Who is war? With who is war [starting]? What war? Was it the Second World War? Maybe soldiers were studying. It was unbelievable to me. It was unbelievable to me.

“[I thought] this was impossible, but I think it was my [mind] trying to protect me from reality. Then I looked out the window at 6:00 a.m., and people are taking their kids, running with suitcases. They were running everywhere. They were running. I live in a house with 22 floors and everyone was running out of the house, and [that’s when I thought] something was definitely wrong. It was true, when I heard bombs beeping in Kyiv. It’s real. It is real.

Kolesnyk was lost and panicking. A friend called to clarify the situation. Hearing his voice on the other end of the line turned things up a notch. It was getting closer to the line between definite and maybe.

“He called me and said, ‘Helen, get your documents. You have 10 minutes. Run to the subway. I will put you in the car and take you out of the city.’ I said, ‘Is this real?’ He said, ‘Run! Just take your documents and run,'” Kolesnyk says.

” I’m very lucky because while driving from Kyiv back to my home, I saw many things. I saw tanks, I heard bombs, and now I can’t even listen to loud music, or watch movies, because I saw a movie in my life, but it wasn’t a movie. Because I am scared, I now wake up with the news and I go to bed. I’m scared that one more of my friends will die.”

According to Kolesnyk, around an hour after she fled, a house two doors down from where she lived was destroyed, which served as even more of a realization that she made the right choice — although she wasn’t fully there just yet.

With just one bag and her documents in hand, Kolesnyk began her journey. A three-and-a-half hour drive through smoke, rubble, and soldier-filled roads led to her first stop: Moldova. During that drive, and the day she spent where tanks were prevalent, Kolesnyk began to think she needed to head back to her country and join the army like professional fighters such as Bellator welterweight champion Yaroslav Amosov, boxers Vasiliy Lomachenko and Oleksandr Usyk, and others.

A conversation with her family — more specifically, her mother — changed her viewpoint for good. Kolesnyk was certain she could not go back.

” My mom, dad and sister all said to me that Helen shouldn’t do this. If you return, we won’t forgive you. Now, you are our hope. Kolesnyk says that even if war is stopped, the economy will continue to fall and it’s not clear how long it will take before it comes back.

“So now I will be the one person to go out and support my family. It’s now all on my shoulders. Not only for me, but also for my entire family. But there have been no days where I don’t cry and not think, ‘Did I make the right choice?'”

Thanks to the helpful nature of the Moldovan people, Kolesnyk hopped on a bus to Romania, then to Bulgaria, then Istanbul. She then took a bus to Qatar, and from there she boarded a plane to Los Angeles.

Xtreme Couture head coach Eric Nicksick had been made aware of what was going on by one of his fighters, Invicta FC’s Serena DeJesus, and didn’t hesitate to offer a helping hand.

“She wrote me this super long text message explaining the situation and I just wrote back, ‘Done. Whatever you need, we got her. That’s it. No problem,'” Nicksick says. “She was like, ‘Well, what does she need to pay? What about this?’ Nothing. Bring her here, we’ll take care of her.

“She left the gym with absolutely nothing. She has nothing: no clothing, gear or anything. Thankfully I have a bunch of stuff from Hayabusa and some other things, I think Serena hooked her up and she came to the gym, and she’s been in the room [almost every day since she’s been here].”

DeJesus says she constantly kept in contact with Koleznyk as the invasion was going on. DeJesus was able to sense her friend wasn’t as worried as she initially thought, and knew Koleznyk had to escape. As much as she could, DeJesus got the ball rolling, and continues to make sure Koleznyk has everything she needs.

“Me and Olena had been friends for about a year,” DeJesus says. “Nobody would train with her because she’s so big, and then there’s me who was like, ‘Come here you big, beautiful b****,’ and we kicked each other’s asses.

” I was looking at the news, and wondering if my friend was okay. Even though I’m on the other side of the world, there has to be some sort of responsibility to your friend, and people in crisis. She came here, was a little bit of a mess, but she has to deal with the fact that she still has family in the Ukraine, trying to win fights and win money so she can provide for her family — who are all in the middle of a war zone.”

With a couple of boxes checked in terms of a landing spot and a place to train, Koleznyk was moving forward towards making sure the wishes of her family were met. But there was still one more hurdle to clear, the most important one of all: How was she going to book her flights to get from Ukraine to the U.S. in the middle of a war zone?

“I, like everybody else, saw on the news what was going on over there, so I contacted her and a few others and said, ‘So, I’m hearing that this war is about to happen, so I wanted to make sure everyone is OK,'” Sefo says. “When it started, and bombs started flying, I reached out again and she was in tears, literally trying to get out. I talked to our team and said, ‘We have to help her and get her out of there,’ and we did.”

Now that Koleznyk has safely arrived in Las Vegas, and has the support of teammates, coaches, and even a former opponent in Taylor Guardado — with whom Nicksick reached out to in order to make sure there wouldn’t be a conflict of interest at the gym — she has begun to turn things up a notch.

According to Nicksick and DeJesus, there’s a different look in Kolesnyk’s eyes.

” You can see more of her motives. Nicksick observed that you can see she is carrying more than just what it seems right now.

“She’s been amazing in the room. I’m super glad that she’s here because she just really makes the room a lot better. It [also] gives us all a different perspective as fighters and coaches. We just get to wake up, come to this gym, love life and everything we’re doing, and this poor woman has been uprooted from her family and from her country and really is fighting for something bigger.”

“Last year, she still hit like a f****** truck, but now she’s a bit more zeroed in,” DeJesus says. While we still enjoy our laughs, I know that her tone has changed. I don’t want to see whatever girl is front of her [next], because she’s probably going to tear that poor girl apart.”

She literally left with nothing — she has no clothes, no gear, no nothing.

The gym has been an escape in a lot of ways for Koleznyk, but there isn’t a moment that goes by that she’s not thinking about her family, friends, and fellow countrymen and women who are in Ukraine trying to stay alive.

” It’s difficult to believe that this kind of situation could give you power but it can motivate you in the gym every single second. You think about your people, your family. You think of your family, friends, and loved ones every minute.

Nicksick hopes that Xtreme Couture will give him something to be proud of. It’s something that will motivate her, keep her motivated and allow her to communicate with the wider world about her country.

On the flip side, DeJesus wants all of those things for Kolesnyk, but also the glory that could come with it: Make the PFL playoffs, make it to the finals, win the $1 million — and somewhere along the way, put the first ‘L’ on multi-time PFL champion Kayla Harrison.

If that does happen, Sefo, who has seen it all in the world of mixed martial arts, believes it would not only be an amazing accomplishment, but Koleznyk would take her place in the history books.

“I would have to say that it would be the top story [in MMA history],” Sefo says. “Not only to be in the midst of war, then being able to get out, have to travel four, five days to get to somewhere where she can actually fly out, then make it to the States, then to put all that together, put herself through camp, I mean, that is just an amazing story in itself,” Sefo said.

” All I know about Helena is her toughness. I’ve seen it in the cage, but sitting across her a couple of days ago and just listening to her, she showed that she’s so motivated right now — although she is very sad with the situation at hand. I really hope for the best for her, because I think it could be one of those amazing Cinderella stories.”

There are two films that have stood the test of time in terms of motivation for Kolesnyk: The original Rocky movie, and The Fighter, which documents the life of boxer Mickey Ward.

While these films had a significant impact on combat sport storytelling, Koleznyk wants to let her heart, mind and spirit make the best ending — and bow on a story that started with chaos but ended in victory.

“Now, I’m Rocky! One bag with documents and [cell phone]. Koleznyk said that my favorite film could be made a reality.

“You know what’s crazy? Can you imagine what I’ll be able to tell my grandchild? Your grandmother got through a pandemic, then a war. Your grandma lived a remarkable life .”

Koleznyk will make her season debut against an opponent yet to be announced at the PFL’s May 6 event in Arlington, Texas.