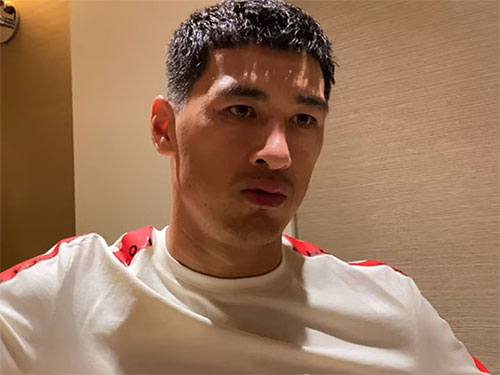 The WBA world super champion in light heavyweight (up to 79.4 kg) Russian Dmitry Bivol (20-0, 11 KOs) gave a short interview to the American news portal after a resounding victory over the pound-for-pound leader and the absolute champion of the second middleweight (up to 76.2 kg) Mexican Canelo Alvarez (57-2-2, 39 KOs).

– You said yesterday that “I am now set to fight,” but after the fight, how are you?

– I need time. It takes time to feel something.

Haven’t felt it yet?

Canelo did everything right, look at Bivol’s hand – ex-promoter of Alvarez

How would you rate your fight?

How do you rate Canelo? Did you imagine what it would be, perhaps, and did it live up to your expectations?

– Approximately justified. I imagined that he would hit hard. Invest in shoulder strikes. Left side beat. I basically expected. I didn’t expect him to be such a sensitive boxer, with such a good boxing feel.

“I said I apologized to Eddie Hearn for upsetting his plans for Gennady Golovkin.

– I think that you don’t really need it, this revenge.

– Well, why not? To be honest, to make money – why not. But I have already received satisfaction from the fight, from my challenge.

Do you think he’ll have a chance?

– There are always chances. This is boxing. An athlete always has reasons why he lost. He can voice these reasons today. Perhaps he has already spoken. They are always there.

– You sparred with David Benavidez. Before the fight with you, everyone said that Benavidez would beat Canelo. Do you think Benavidez can beat Canelo?

– Honestly I do not know. They just need to box.

Canelo is investing more, of course.

Who has better defense?

– They are both about the same in protection.

Yes, they are probably the same.

Are you aiming for a fight with Beterbiev?

– We will see. I don’t know. I’m after the fight, let me rest a little. You ask me such questions.

“I want to have all the belts. But let’s see. Let’s see how things turn out.